Tesla working through 'challenges' with govt to launch products in India: Elon Musk

Last year, Tesla had sought a reduction in import duties on electric vehicles (EVs) in India 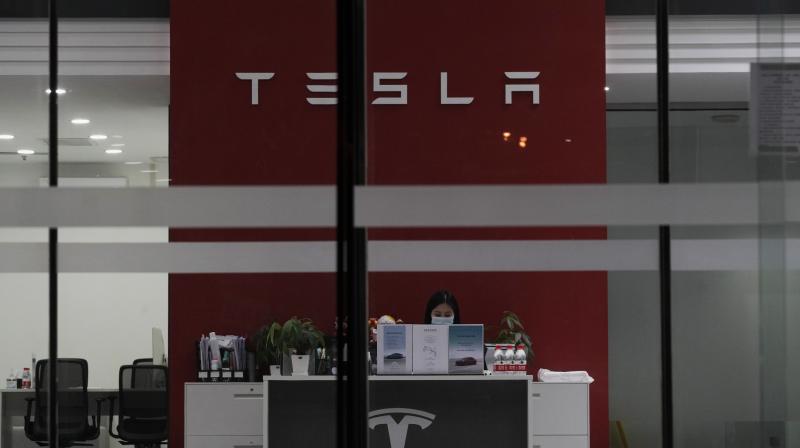 A receptionist works at a Tesla showroom in Beijing, China. (Photo: AP)

New Delhi: US-based Tesla is working through a lot of challenges with the government to launch its products in India, the electric car major's founder and CEO Elon Musk said on Thursday.

Responding to a tweet on the company's plans to launch its products in India, Musk tweeted: "Still working through a lot of challenges with the government".

Last year, Tesla had sought a reduction in import duties on electric vehicles (EVs) in India.

The heavy industries ministry had asked the electric car major to first start manufacturing its iconic electric vehicles in India before any tax concessions can be considered.

The government sources had noted that they were not giving such concessions to any auto firm, and giving duty benefits to Tesla will not send a good signal to other companies that have invested billions of dollars in India.

At present, cars imported as completely built units (CBUs) attract customs duty, ranging from 60 to 100 per cent, depending on the engine size and cost, insurance and freight (CIF) value less or above USD 40,000.

In a letter to the road ministry, the US firm had last year said that the effective import tariff of 110 per cent on vehicles with customs value above USD 40,000 is "prohibitive" to zero-emission vehicles.

The electric car major had requested the government to standardise the tariff on electric cars to 40 per cent, irrespective of the customs value, and withdraw the social welfare surcharge of 10 per cent on such vehicles.

It had said that these changes would boost the development of the Indian EV ecosystem and the company will make significant direct investments in sales, service and charging infrastructure; and significantly increase procurement from India for its global operations.

In January 2021, Tesla registered its Indian arm amid indications that the company is set to enter the country's automobile market.

According to a regulatory filing, the firm registered Tesla India Motors and Energy Pvt Ltd with RoC (Registrar Of Companies) Bangalore.

The company has been registered as an unlisted private entity with a paid-up capital of Rs 1 lakh.