Camry will be available in four variants – LE, XLE, SE and XSE. 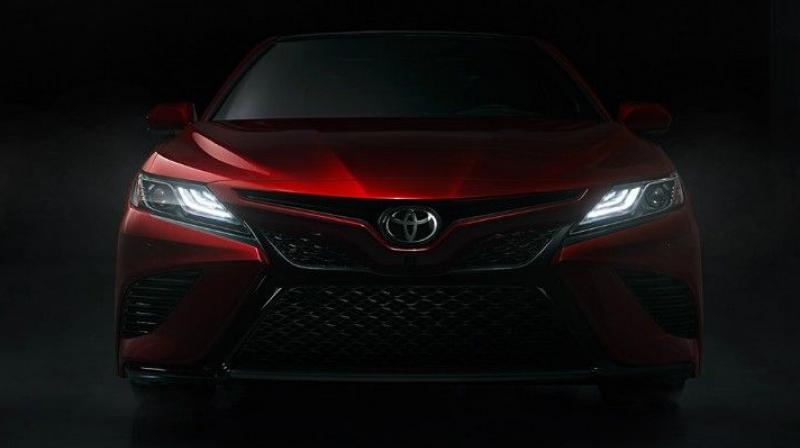 The sporty SE and the XSE variants get a different, Lexus-lookalike grille, which makes it look properly sporty.

The Toyota Camry has always been famous for its comfort and luxury. However, Toyota claims that the new Camry is a sporty, aggressive and fun-to-drive car too. Although the recently unveiled Camry is meant for American markets, the Indian-spec Camry is likely to follow the same philosophy.

Of course, the Camry that you see in the pictures here are meant for North American markets. The Indian-spec Camry would be revealed later and could be a slightly less flamboyant version of this. 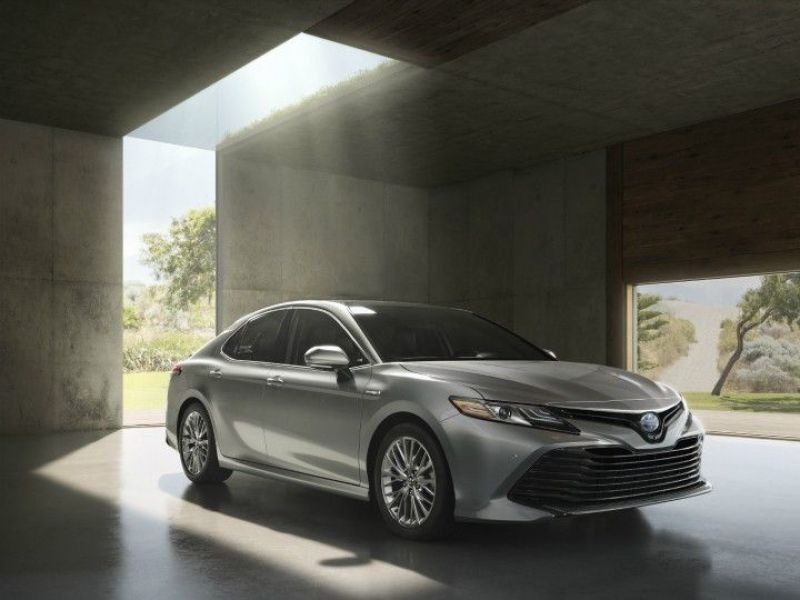 Based on the Toyota New Global Architecture (TNGA) platform, it surely seems like the designers were high on energy drinks having a go at the drawing board. What used to be an elegant luxury sedan has now turned into something that could intimidate you if you spotted it in the rear-view mirror of your car. The front looks aggressive thanks to the sleek new grille and the massive air dam with horizontal slats, which extends to almost the entire width of the car. The strong body lines on the bonnet further enhance the sportiness of the front. The headlamps have got sleeker and feature three layers of LED DRLs, which go nicely with the grille. 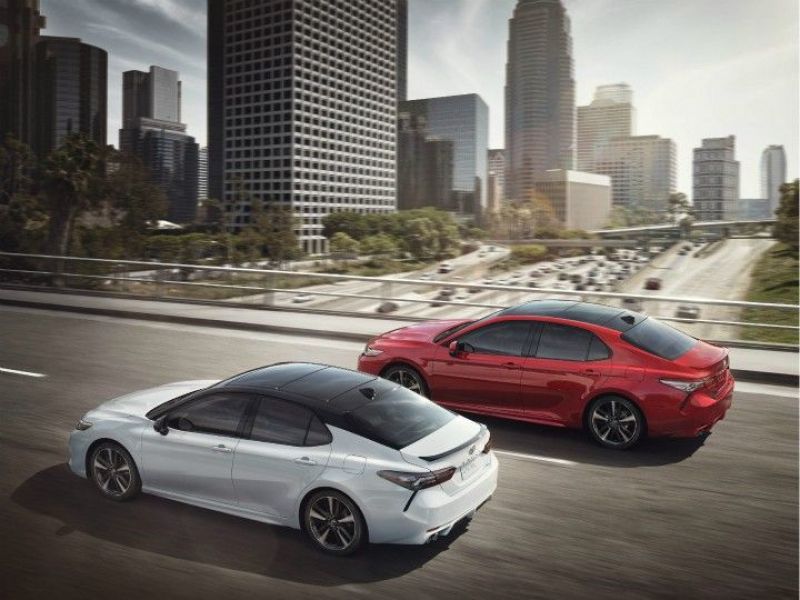 In the US, the Camry will be available in four variants – LE, XLE, SE and XSE. The sporty SE and the XSE variants get a different, Lexus-lookalike grille, which makes it look properly sporty. Also different in these variants are new side skirts, rear boot spoiler and 19-inch black-finish alloy wheels (XSE only). Move to the side profile and the drop in the roof and bonnet height is evident. Unlike the front where the designers went all crazy, the side profile of the sedan retains its elegance, with about 5 centimetres being added to the wheelbase. The roof nicely merges with the short boot, and this, along with a rising shoulder line, give a nice flow to the design. 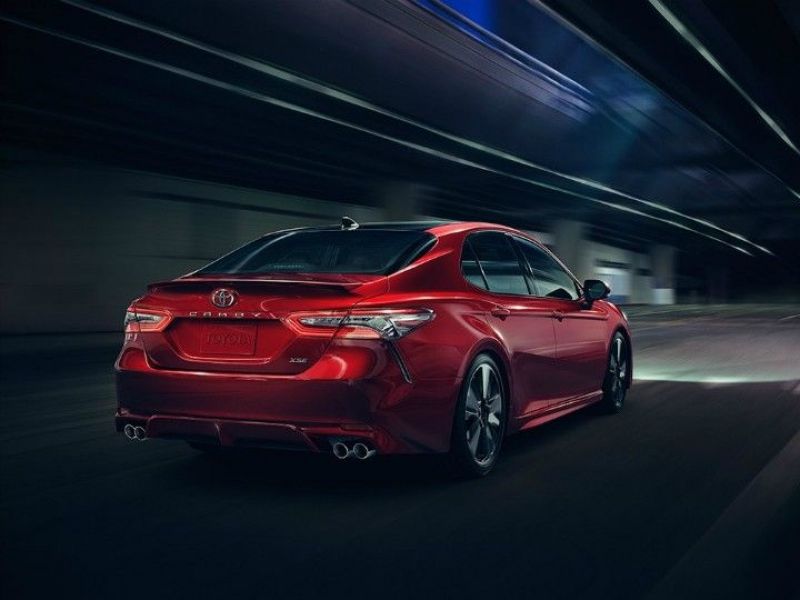 Compared to the front, the rear profile of the LE and XLE sedan isn't as exciting. The sleek LED tail lamps give it some life, but the curvy edges make it look rather simple. Move to the XSE variant and it is a different ballgame altogether. The creases on the bumpers are replaced with an air diffuser, the dual chrome exhaust tips are replaced by quad chrome exhaust tips, and the curvy boot gets a lid spoiler. All this livens up the otherwise straightforward rear profile. 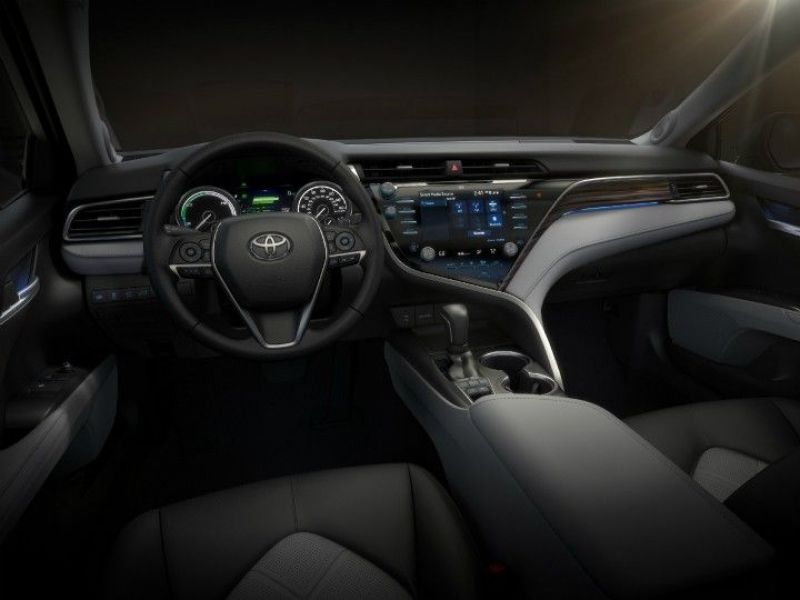 Like the exteriors, the interiors are also all new. The cabin gets a new cockpit-style design and improved ergonomics. All the buttons are angled towards the driver for easier operation on the drive. Also, the 2018 Camry comes with the latest iteration of Toyota’s Human Machine Interface which displays relevant information to the driver via three interlinked displays – 10-inch colour Head-Up Display (HUD), coloured 7-inch multi-information display built in the instrument cluster, and an 8-inch central display and climate control panel which is placed in the centre of the dashboard. 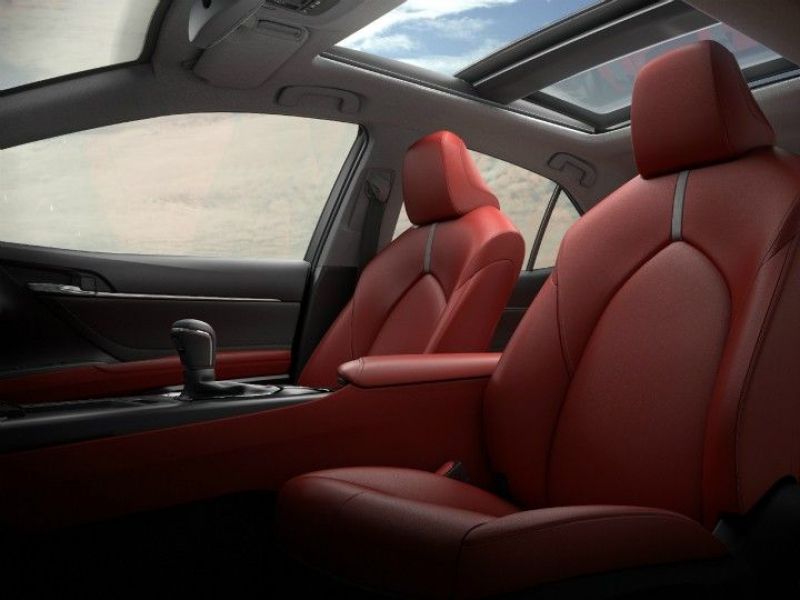 The 2018 Camry will also feature the Entune 3.0 entertainment system on all models. There’s a JBL premium audio system featuring a 10.1-inch subwoofer with nine speakers that are specifically tuned to the Camry’s cabin dimensions and materials. It also comes with Remote Connect which lets you unlock and start the vehicle remotely. 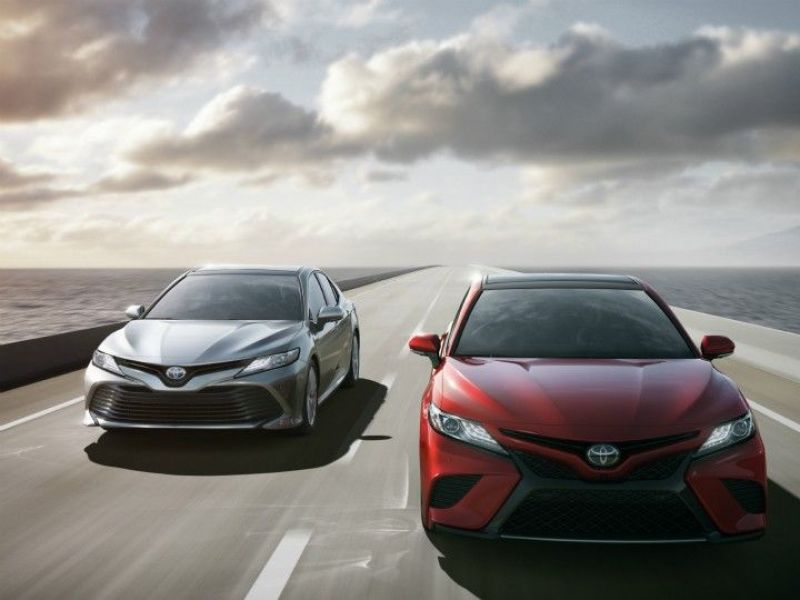 Three new powertrains will be available on the new 2018 Camry. The range comprises a 3.5-litre V6 and a new 2.5-litre inline-4 petrol, both of which are paired to a new 8-speed Direct-Shift automatic transmission. The 2.5-litre mill is also paired with the next generation of Toyota Hybrid System (THS II) with Continuously Variable Transmission (CVT). Since the focus this time around was also on making the sedan more driver oriented, these engines mounted on the Toyota New Global Architecture (TNGA) makes the car more dynamic, athletic, and fun to drive. Furthermore, battery pack in the hybrid has moved from the trunk of the car to beneath the rear seats, providing a much improved lower center of gravity. Toyota further goes ahead to claim that “drivers will notice the dramatic improvements (in the car's handling and performance) within the first few seconds of driving.”

Currently, the Camry is available with just a 2.5-litre engine in India, which can be had with a hybrid powertrain. The combined output of the hybrid system stands at 205PS and it comes mated to an E-CVT (Electronically-Controlled Continuously Variable Transmission), whereas the petrol powertrain is mated to a six-speed automatic. 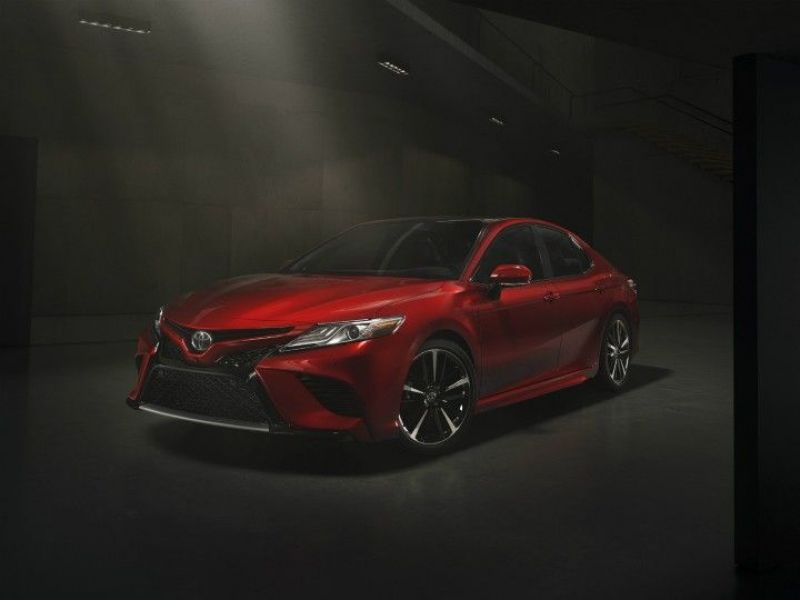 The all-new Camry will be launched in the international markets in late summer this year, while we might get it in India next year. With all these updates, the new Camry could come with a significant price bump, pushing it into the league (price-wise) of the Honda Accord Hybrid, which is available as a CBU (completely built unit) in the country.