Expected to launch in 2019, it will be the first MPV to be sold through Maruti’s premium Nexa channel. 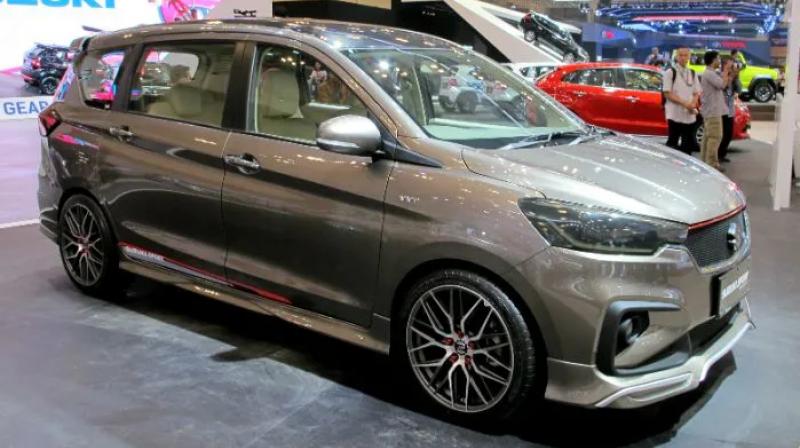 Likely to feature a 6-seating configuration with captain seats.

Maruti Suzuki plans to add another MPV to its portfolio, one that will be retailed through its premium Nexa showrooms. The people-mover will be based on the Ertiga and is expected to be launched in the country before the end of the year.

To be based on the second-gen Ertiga.

It will have the same mechanicals, including powertrains.

Likely to feature a 6-seating configuration with captain seats.

It will be more premium and feature-loaded than the Ertiga.

To rival the likes of the Mahindra Marazzo.

After successfully launching the second generation Ertiga in November last year, Maruti Suzuki now plans to expand its MPV lineup with a premium offering in India. Expected to be launched this year itself, the new MPV will be based on the Ertiga and will be sold from the Nexa channel instead of the regular Maruti Arena showrooms.

Maruti’s Nexa sales channel retails only the most premium and feature-loaded cars and the upcoming MPV is going to be no different. Even as it will share most of its mechanicals with the second-generation Ertiga, the MPV will have a distinctly different exterior and interior. According to sources close to its development, the new MPV will also have a different name as well.

The second-generation Ertiga has grown in size and is already more premium than its predecessor. It is 99mm longer, 40mm wider and 5mm taller than the outgoing model and Maruti will utilise the additional room in the new MPV as well by offering a six seater layout with captain seats in the middle. The interior will also be redesigned for the new MPV and is likely to have a sportier appeal to it. You can expect the Ertiga-based MPV to be among the most feature-loaded offerings in the segment. Features like LED headlamps, DRLs, new alloy wheels, leather upholstery and cruise control should be among the biggest additions on the new MPV.

Under the bonnet, the new Nexa MPV will get the existing 1.5-litre petrol mild hybrid engine from the Ertiga, along with the upcoming 1.5-litre diesel as well. Paired to a 6-speed manual gearbox, the diesel will churn out 95 PS of power and 225 Nm of torque. Sources aware of the development have also confirmed that the new engine will not get the mild-hybrid SHVS system.

The new Ertiga-based MPV is expected to be one of the most feature-loaded three-row models in the segment and will go up against the Mahindra Marazzo. With the Ertiga priced around the Rs 7.44 lakh - Rs 10.90 lakh (ex-showroom Delhi), the upcoming Nexa version could be priced starting at Rs 8.5 lakh, with the top spec crossing the Rs 12 lakh mark (ex-showroom).