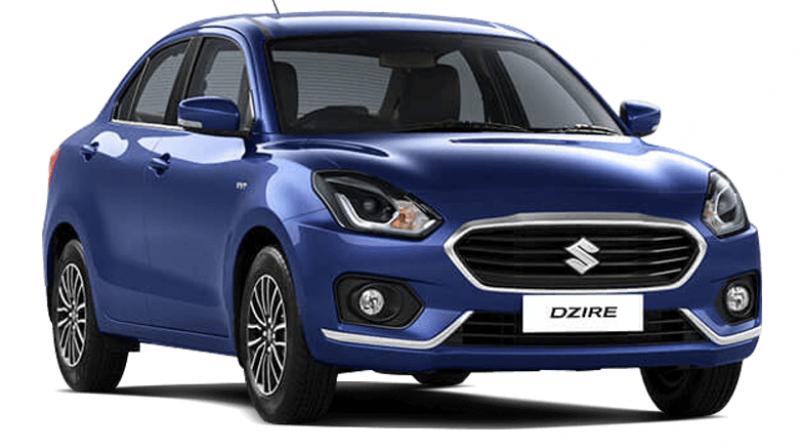 Alto on the other hand moved to second spot with 23,371 units last month from first position in the corresponding month last year, when it sold 26,009 units.

According to latest data from Society of India Automobile Manufacturers (SIAM), Dzire occupied the top slot by selling 25,647 units in July as compared to 14,703 units in the same month a year ago, when it was the fifth best selling model.

Alto on the other hand moved to second spot with 23,371 units last month from first position in the corresponding month last year, when it sold 26,009 units.

Another popular model Baleno from the stable of MSI came fourth in the list with 17,960 units last month. The premium hatchback was ranked second in the year-ago month with 19,153 units.

MSI's compact SUV Vitara Brezza was the sixth best selling model last month with 14,181 units, moving down from fourth in the year-ago month when it sold 15,243 units.

Hyundai Motor India Ltd (HMIL) lived up to its tag as the second largest PV manufacturer in the country with three of its models -- Elite i20, Grand i10 and Creta -- coming in at number seven, eight and nine, respectively.

In July, HMIL's premium hatchback Elite i20 moved up one place to seventh last month by selling 10,822 units from eighth last year when it sold 11,390 units.

The company's compact car Grand i10 came in at number eight last month with 10,775 units. The model was at seventh position last year with 12,002 units.

HMIL's popular SUV Creta occupied ninth position with 10,423 in July 2018, as against 10,556 units in the same month last year, when it was the tenth best selling model. Honda Cars India's newly launched compact sedan Amaze made it to the top ten list last month with 10,180 units.