The carmaker hinted of its launch when its European Technical Centre tweeted about the Tiago EV in July. 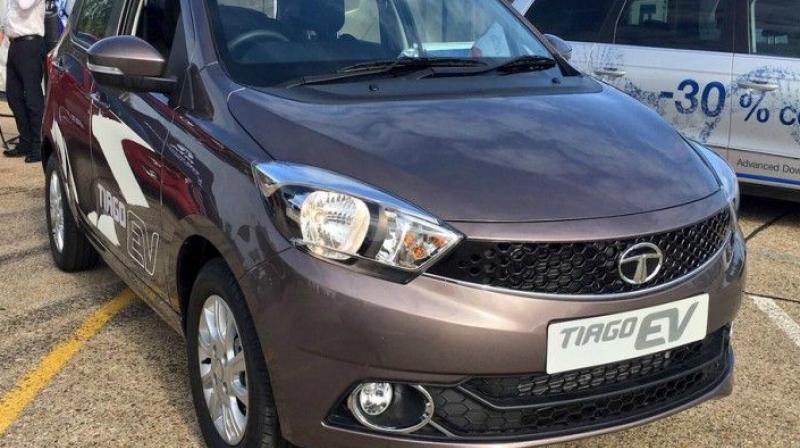 The Tata Tiago’s EV model could be THE EV in India but will it come fast enough to feature at the Auto Expo next year?

Tata Motors is looking to bring the electric version of its Tiago to India as early as possible. Joining the pure electric fleet of cars, the Tiago EV was first showcased at the Low Carbon Vehicle Event 2017 in Millbrook. The carmaker hinted of its launch when its European Technical Centre tweeted about the Tiago EV in July.

The first thing you notice about the Tiago EV is it looks exactly the same as the standard Tiago. Hopefully, Tata will add some electric car thingamajigs to the final version to add some novelty. The car churns out 200Nm of torque from an 85kW (116PS) motor while the petrol variants run on around 85PS with 114Nm of torque. It receives its power from a single-speed gearbox that powers the front wheels. It weighs 1030kg as of now, which is pretty much close to most standard variants of the car. It channels energy from a lithium-ion battery and comes with its own cooling system to avoid overheating.

Tata claims that the car has a maximum speed of 135 kmph, and can zoom from 0 to 100kmph in about 11 seconds. It offers a range of 100 kilometres, which is a fairly decent range if used for purely intercity commutes; though, like most EVs, it isn't a reasonable car to take on a road trip. 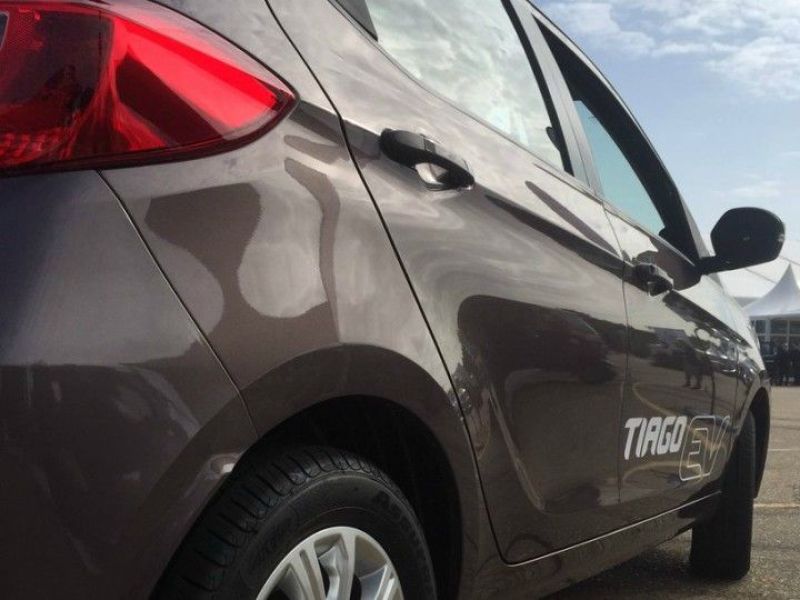 The Tiago faces its biggest competition from Mahindra Electric, the EV arm of Mahindra that has been the pioneer of EVs in India. It already has the Mahindra e-Verito and the e2o plus in the market. Depending on the variant an e2o travels for 110-140km on a single battery charge while the e-Verito offers 110 km. One also can’t ignore Maruti’s expected presence in the market either, especially after they set up the plant in Gujarat to produce lithium-ion batteries which could potentially be used for the production of EVs in the future.

It would be a perfectly fair assumption to believe that the car will soon make its way across the waters to the Indian market, where the standard version has been quite popular since its launch in April 2016. If it all works out for the Tiago EV, it will be the first EV from Tata to see the light of the day.