We take the Volvo XC40 out for a spin and explore every facet of the car so that you can see if this small SUV is for you or not. 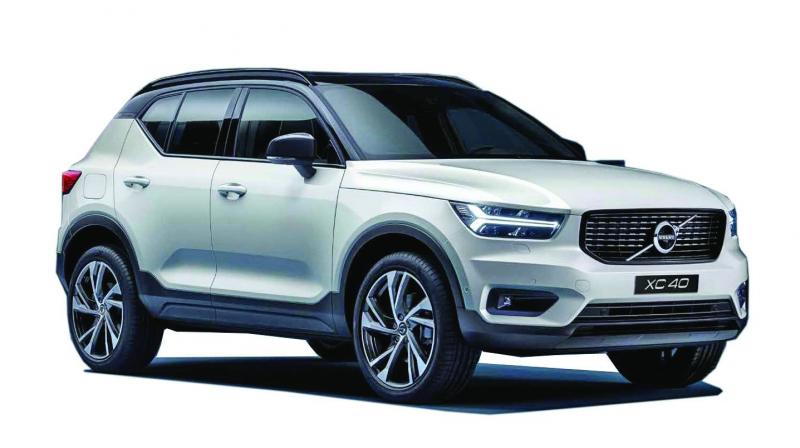 The Swedish manufacturer, Volvo has always been one of the most successful brands in Indian Auto-market. With high-end build quality, rich and premium feel, latest technology, and Volvo’s typical Scandinavian design, the carmaker have always been a tough competitor to its German rival. With the launch of Volvo's smallest SUV, XC40, it marks its entry into what is considered a volume segment in the luxury car space, the compact luxury SUV segment.  We recently got a chance to drive the Volvo XC40 to see if it ticks all the right boxes.

This is the first SUV based on the CMA (Compact Modular Architecture) platform, shared with its Chinese parent company Geely. It, however, still shares the safety kit, engine, infotainment, gearbox,  and some other bits with cars like the XC90, S90 and XC60 based on SPA (Scalable Product Architecture), so the lines blur. The XC40 is Volvo's first compact luxury SUV. If you compare it to its elder sibling, the lines on the new XC40 are not as curvy. The front end is in line with other new-generation Volvos thanks to the rectangular grille as also the 'Thor's Hammer' LED daytime running lamps. Overall the XC40 is slightly larger in size than its rivals and is a true SUV and not a crossover. The rest of the car looks like a proper SUV with beefy and squarish design, probably the best
in the segment.

The insides of the Volvo XC40 might stun you. The R-Design variant uses bright orange-hued door panels and floor mats that contrast well with the black theme. The cabin also gets a fair amount of brushed metal finishes and panels that accentuate the classy feeling, unlike the industrial designs seen in German SUVs. The 9-inch touchscreen is the largest in the segment we're told and is a class apart with its high resolution and excellent touch sensitivity.

Volvo is offering the XC40 in India with only one engine option – the D4 diesel engine that comes with an all-wheel-drive system as standard. The D4 diesel is a 2.0-litre engine producing 190hp and 400 Nm, and is mated to an eight-speed automatic gearbox. Thanks to the CMA platform, Volvo might add a hybrid unit in the later stage. Volvo cars are not an out and outperformers, and the D4 in XC40 is the same, but then, it has a very linear delivery, making it drivable throughout the rev range. There are four driving modes to choose from, including Dynamic, Comfort and Eco mode. The XC40 rides high and the body roll can be felt at high speeds around corners, but it’s not that prominent. The steering is intuitive and responds well to all the conditions.

The engine feels energetic and because of its strong mid-range performance, it builds speeds briskly. This motor spins freely until 4,200rpm and begins to feel strained thereafter. Claimed acceleration timing of 7.9 sec is in the same ballpark as its rivals. Refinement at idle and cruising speeds is great, although at higher revs the diesel rattle does filters through. What makes the drive experience silky smooth is the eight-speed automatic gearbox that shifts ratios seamlessly. There are paddleshifters too, for manual control over the gears. Unlike the bigger Volvos, XC40 does not get air suspension this makes the SUV a bit heavier at slow speeds gets better instantly with more acceleration. The steering is highly precise and there the XC40 is a very stable vehicle even at high speeds. The XC40 gets 18 inch Pirelli tyres as standard that does a decent job on rough roads and there exists an option to upgrade it to 20-inches too if looks are your prerogative.

Priced at `39.9 lakh (ex-showroom, India), the R-Design sits in the company of the fully-loaded variants of its core rivals like  Audi Q3, BMW X1 and Mercedes-Benz GLA, but boasts the longest equipment and radar-based safety feature list. Its engine is refined, smooth, making the XC40 nice and energetic to drive. So, if you have a Volvo dealership near you and are in the market for a car like this, the XC40 is a car you should have high up on your list