It is looking at double-digit growth for the full year despite challenges of price hike due to increase in customs duty. 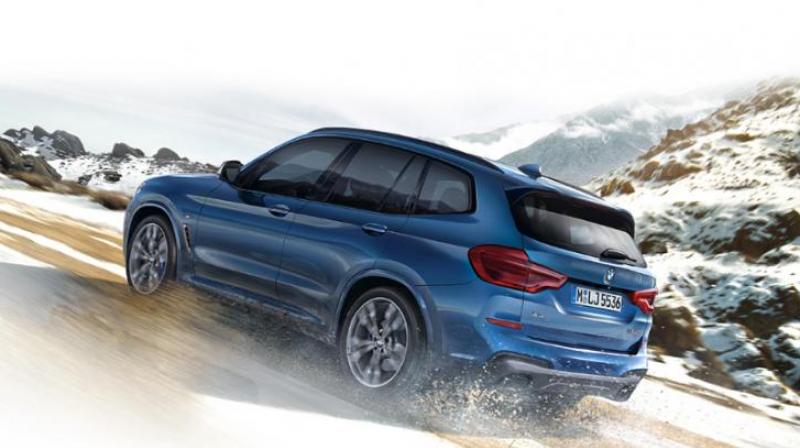 German luxury carmaker BMW expects 50 per cent of sales in India to come from SUVs under its X series, according to a top company official.

New Delhi: German luxury carmaker BMW expects 50 per cent of sales in India to come from SUVs under its X series, according to a top company official.

The company, which posted 11 per cent growth in sales of BMW range of vehicles in the first quarter of 2018 at 2,377 units, also said it is looking at double-digit growth for the full year despite challenges of price hike due to increase in customs duty.

"The X format is a very important format for us because if you look at it, it has contributed to about 30 per cent of our sales in the last 11 years," BMW Group India President Vikram Pawah told PTI.

More importantly, in the last two or three years, it has contributed about 42 per cent of the company's sales since the launch of new X1, he added. At present, BMW sells four models under the X series - X1, X3, X5 and X6 - at a price range of Rs 34.5 lakh to Rs 1.3 crore.

Last week, the company had launched all-new version of X3 priced at Rs 49.99 lakh and Rs 56.7 lakh ( all prices ex-showroom). Going forward, Pawah said,"what I expect is that with the X3 coming in and with the new X4 next year, clearly we should be looking at 50 per cent of sales coming through the X format."

In order to expand the luxury vehicle market in India, he said,"these are the models which will grow the market for us." When asked about expectations in 2018, he said BMW India is looking forward to "a very strong performance" having already clocked 11 per cent growth in the first quarter.

"We have already had a flying start to the year...We firmly believe that we will end the year with a strong double-digit growth," he added. On the possible impact of price rise following the customs duty hike, Pawah said:"When such change happens, it impacts customer confidence to some degree. Having said that the market is still very small and the growth opportunities are still there, specially with us because of the new models that we are launching." BMW India has increased prices of its vehicles in the range of 3.5-5 per cent from April.

In the Budget for 2018-19, Finance Minister Arun Jaitley had increased customs duty on CKD (completely knocked down) imports of motor vehicles, motor cars, motor cycles from 10 per cent to 15 per cent.

The government had also raised customs duty on specified parts/accessories of motor vehicles, motor cars, motor cycles from 7.5 per cent to 15 per cent.