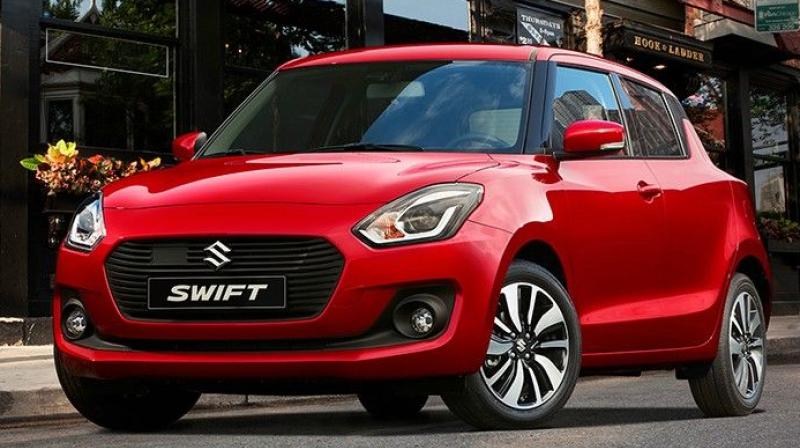 The company also maintained its tight grip on the Indian passenger vehicles market with seven of its models in the top 10 best selling models with the remaining three spots taken by rival Hyundai Motor India Ltd (HMIL).

According to data by Society of Indian Automobile Manufacturers (SIAM), Swift sold 23,802 units in April this year as compared to 15,661 units in the year-ago month, up 51.98 per cent.

Alto, the long-reigning best seller came second this time around with 22,549 units as against 16,583 units in April last year, a growth of 35.97 per cent. In April 2016, Alto was the number one selling model, while Swift was the second best.

HMIL's premium hatchback Elite i20 maintained its 5th position with 12,668 units this year as compared to 11,147 units last year.

The company's compact car Grand i10 also held onto its 6th position with 12,001 units as compared to 9,840 units in the same month last year.

Vitara Brezza from MSI was the 7th best selling model last month with 10,653 units, followed by HMIL's Creta with 9,213 units in the 8th position.

MSI's taxi segment sedan, Dzire Tour was the 9th best selling model with 8,606 units in April this year with another model from the company, Celerio hatchback completing the top 10 list with 8,425 units.