The Clubman also comes with multiple driving modes that sets up the vehicle for ride comfort, sportiness or efficiency. 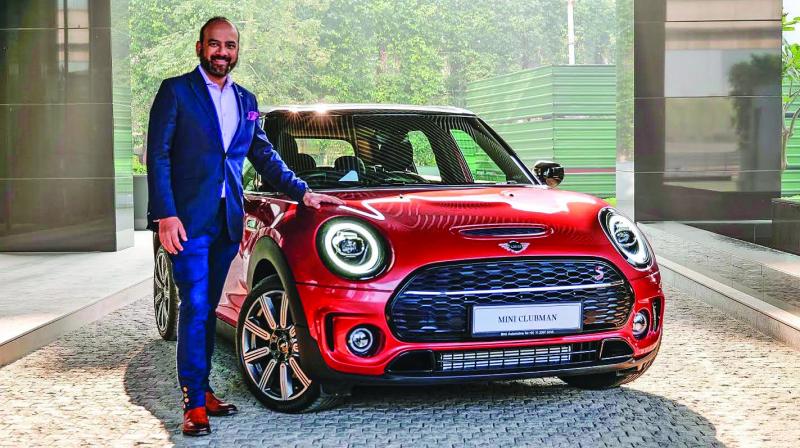 Bookings for the Mini Clubman Indian Summer Red Edition opened on February 15, exclusively via Amazon India’s website, and only 15 units will be available.

The limited-run Clubman costs `3.7 lakh more than the standard Clubman.

“Mini is unique because it has an unconventional approach towards life. The creative class across cultures and different parts of the world are attracted to its character of challenging the status quo and constantly introducing fresh ideas,” Rudratej Singh, President and CEO at BMW Group India, said.

This special-edition model gets mechanical and cosmetic changes, along with more features.

Instead of the 8-speed torque converter automatic gearbox available on the standard model, the Clubman Indian Summer Red Edition gets a 7-speed dual-clutch unit. This new gearbox is mated to the same 192hp, 2.0-litre turbo-petrol engine that comes in the standard car.

The car sprints from 0-100 kmph in 7.2 seconds and has a top speed of 228 kmph. The Clubman also comes with multiple driving modes that sets up the vehicle for ride comfort, sportiness or efficiency.

As its name implies, this limited-run Clubman gets an exclusive metallic red exterior paint.