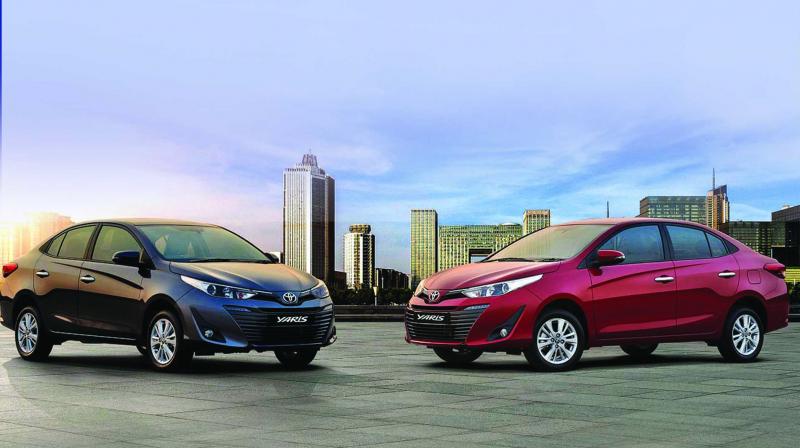 Toyota Yaris was expected to garner volumes in the segment dominated by the Honda City, Maruti Ciaz and Hyundai Verna. (Photo: PTI/File)

Pune: Toyota Kirloskar on Monday said it has pulled the plug on the Yaris mid-size sedan following poor demand. It was launched a little over three years back in the country. The discontinuation of Yaris has brought down one of the world’s biggest carmaker's offerings to just six models in India.

Introduced in April 2018, Toyota Yaris was expected to garner volumes in the segment dominated by the Honda City, Maruti Ciaz and Hyundai Verna.

But SUVs were more in demand than the sedans with buyers preferring SUVs like Kia Seltos and Hyundai Creta, which were priced in the same band (Rs 10 lakh-13 lakh) as the Yaris. The share of mid-size sedans has gone down to under 3 per cent of the total passenger vehicle sales of India as of FY21.

“Toyota Kirloskar Motor (TKM) announces the discontinuation of Yaris in India with effect from September 27, 2021. We would like to continue to serve customers with other current offerings. Preparations are underway to launch new Toyota models in 2022,” the company said.

At present Toyota sells six models, two of which are not built by the company. Suzuki Motor Corporation supplies rebadged Vitara Brezza and Baleno to be sold as Toyota Urban Cruiser and Toyota Glanza.