The next-generation Ultra range of ILCVs carry a price tag between Rs 10-25 lakh depending on various application and models. 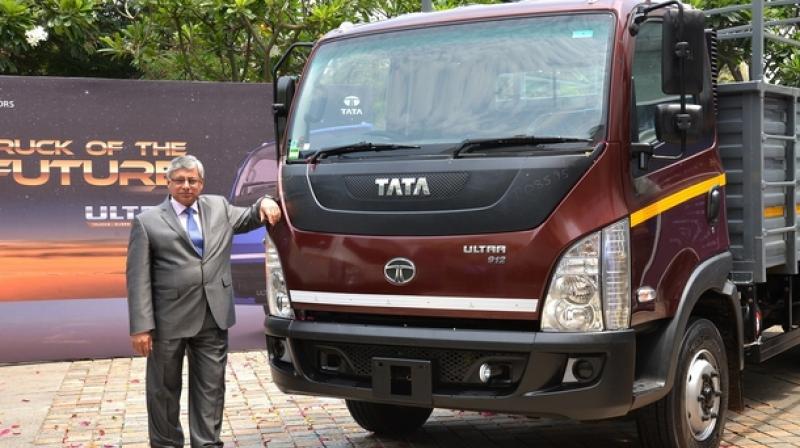 With the overall light commercial vehicle market booming in the country (516,140 units), due to surging demand for inter-city and last-mile transportation across multiple applications, Tata Motors has target this segment for growth.

The Mumbai-based auto major on Wednesday introduced the fast selling intermediate and light commercial vehicles (ILCVs) ranging from 7-16 tonne capacity to take on rivals such as Ashoka Leyland, Mahindra and Mahindra and Eicher, among others.

The next-generation Ultra range of ILCVs carry a price tag between Rs 10-25 lakh depending on various application and models.

These vehicles are powered by an indigenously-developed 3-litre and 5-litre turbotron series of engines. These engines will have peak power of 125-210 hp. There will be 14 Ultra models having 50 applications.

“The launch of Tata Ultra brand range of truck today is part of our turnaround 2.0 strategy with durable and new product portfolio for the future,” Guenter Butschek, CEO and MD at Tata Motors boasted. He said with the full range of the Tata Ultra brand of trucks now available in the market, the company was targeting high volumes and growth in market share in the country.

Butschek refused to divulge details of investments on producing the new Ultra range, but said the company has been investing Rs 1,500 crore in the overall commercial vehicles segment annually, including for product development.

The Ultra will have applications for Cement, Tipper, Water Tanker, Poultry, Compacter, among others.

The company increased its market share by 2.7 per cent in this segment in 2017-18, he said, adding that the ILCVs market which was dormant earlier had now bounced back.