Company had offered discounts up to Rs 12,500 on its BS-III scooters and motorcycles to liquidate stocks. 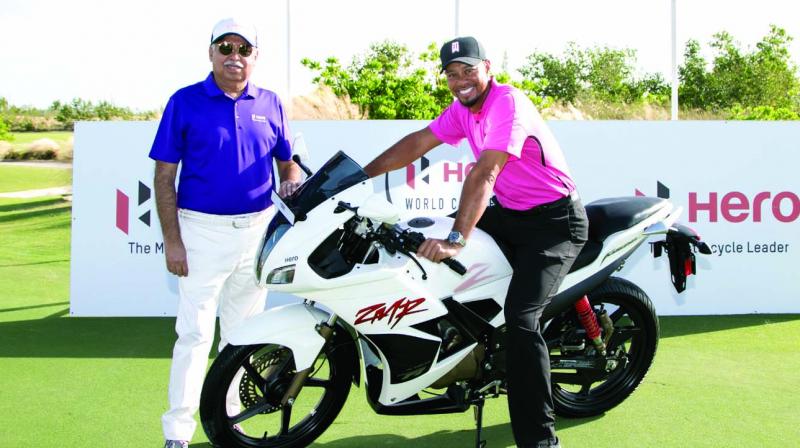 Pawan Munjal (left) and Tiger Woods at an event at Albany.

New Delhi: Two-wheeler market leader Hero MotoCorp today said it has "almost" sold out all of its BS-III inventory ahead of the Supreme Court imposed ban on such vehicles kicking in tomorrow.

The company had offered discounts on its BS-III scooters and motorcycles to up to Rs 12,500 in order to liquidate the stocks.

"In the past two days, we have taken tactical steps to assist our dealers and incentivise the customers with an objective to liquidate the remaining BS III stocks," Hero MotoCorp Chairman, Managing Director and CEO Pawan Munjal said in a statement.

He further said: "By the end of today, March 31, we would have sold almost all of our BS III inventory." Hero MotoCorp had switched to manufacturing only BS IV
compliant vehicles since March 1 and is fully prepared to sell only BS IV vehicles from April 1, as per the order of the Supreme Court and welcomes its decision in the interest of public health, Munjal added.

"As a public limited company, we have thereby tried to minimise the losses of all our stakeholders," he added. When contacted, Honda Motorcycle and Scooter India (HMSI) declined to comment. Chennai-based TVS Motor also did not comment but industry sources said their dealers have cleared most of the BS-III stocks.

On Wednesday, observing that health of the people is "far, far more important" than the commercial interests of the manufacturers, the apex court said that automobile firms have declined to take "sufficient pro-active steps" despite
being fully aware that they would be required to manufacture only BS-IV compliant vehicles from April 1, 2017.