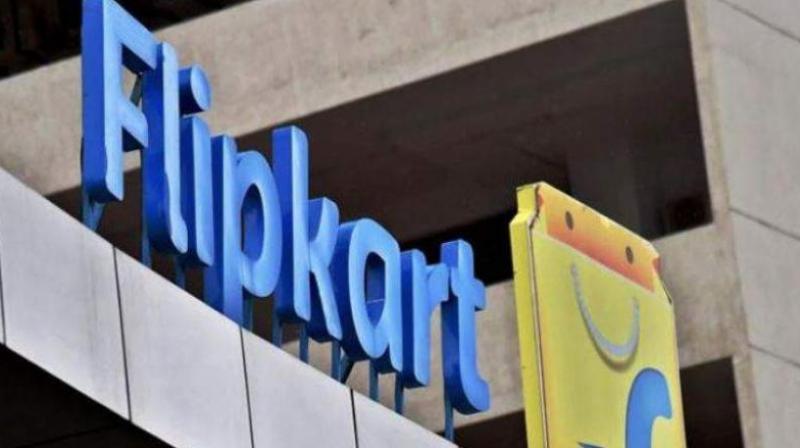 New Delhi: The Department for Promotion of Industry and Internal Trade (DPIIT) has rejected Walmart-backed Flipkart’s proposal seeking approval for entry to the food retail sector citing a regulatory issue, an official said on Monday.

Last year, the company had set up a new local entity - Flipkart Farmermart - to focus on food retail in India, and had applied for requisite licences from the government.

Flipkart Group CEO Kalyan Krishnamurthy, at that time had said that the move an important part of the company's efforts to boost Indian agriculture as well as food processing industry in the country.

"Yes, the department has rejected the proposal," the government official said.

Commenting on the development, a company spokesperson said that Flipkart intends to re-apply for the permit.

“At Flipkart, we believe that technology and innovation driven marketplace can add significant value to our country's farmers and food processing sector by bringing value chain efficiency and transparency. This will further aid boosting farmers' income and transform Indian agriculture.

“We are evaluating the department's response and intend to re-apply as we look to continue making a significant impact on small businesses and communities in India," the spokesperson said.

Interestingly, Amazon had received the government's nod for its $500 million investment proposal for retailing of food products in India in 2017.

The grocery segment accounts for a significant portion of the unorganised retail segment in the country. Estimates suggest the market to be worth over $200 billion in India.

The grocery segment has witnessed significant growth amid the COVID-19 pandemic. Many people turned to e-commerce platforms like Grofers, BigBasket and Amazon India for their grocery purchases during the lockdown as they looked at maintaining social distance.

Market watchers feel that the grocery segment would continue to scale in the coming months in view of the COVID-19 situation.