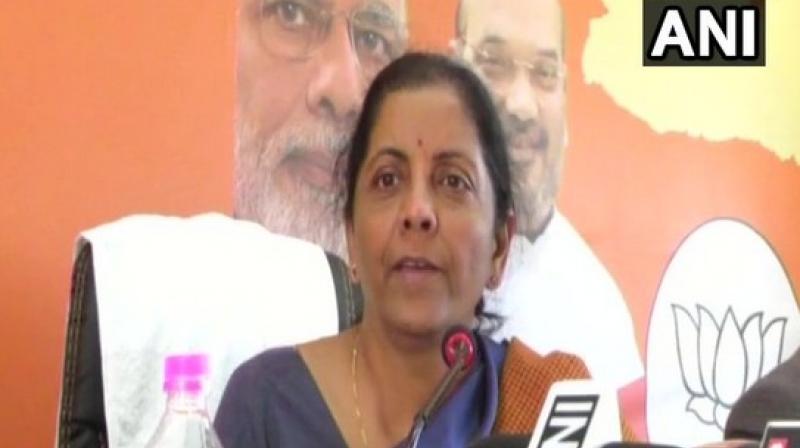 Replying to a question in Lok Sabha, Finance Minister Nirmala Sitharaman said RBI was closely monitoring the liquidity position of NBFCs and will continue to monitor the activity and performance of the sector. (Photo: ANI | File)

New Delhi: The government is considering strengthening the Reserve Bank of India's regulatory and supervisory powers over the non-banking finance companies (NBFCs), Finance Minister Nirmala Sitharaman said in the Lok Sabha on Monday.

Replying to a question, the minister said RBI was closely monitoring the liquidity position of NBFCs and will continue to monitor the activity and performance of the sector with a focus on major entities and their interlinkages with other sectors.

The central bank, she added, has also informed that with a view to strengthen the NBFCs and maintain stability of the financial system, it has been taking necessary regulatory and supervisory steps.

"Government has received a proposal from RBI to strengthen RBI's regulatory and supervisory powers under the Reserve Bank of India Act, 1934, and the same is under consideration," Sitharaman said in a written reply.

She further said that the government, from time to time, infuses capital in public sector NBFCs based on an objective assessment of requirements.

However, there was no proposal under consideration of the government to recapitalise private NBFCs.

To another question, the minister said that gross non-performing assets (NPAs) ratio of NBFCs (deposit-taking and systemically important non-depositing NBFCs) was at 6.6 per cent during 2018-19, up from 5.3 per cent in the preceding financial year.