Bharti Airtel Chairman has said there is no need for sale of airwaves in coming fiscal. 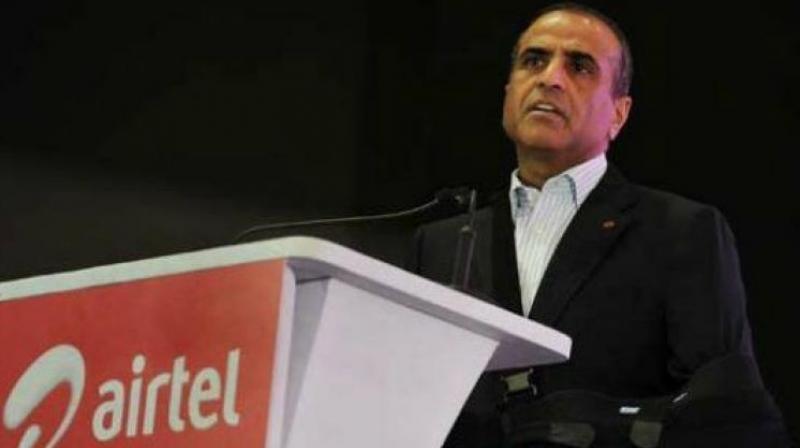 Barcelona: The government's proposal to auction spectrum every year has got a backer in Bharti Airtel Chairman Sunil Bharti Mittal, who however has said there is no need for sale of airwaves in coming fiscal.

"The way he (telecom secretary) has put it that spectrum auction will be done every year whether industry needs it or not is very progressive thought. In fact, it will become a leading edge practice worldwide," Mittal told PTI in an interview.

J S Deepak, as the Telecom Secretary, a couple of days ago said the government is looking at making spectrum auction an annual event and will reach out to sector regulator Trai for its recommendations.

He had said the government plans to provide industry with an option to buy spectrum every year irrespective of their interest so that there is never a shortage of spectrum in providing quality mobile services.

Deepak, a 1982-batch IAS officer from Uttar Pradesh, who at present is at the World Mobile Congress in Barcelona, has been shifted with "immediate effect" from the telecom ministry and made officer on special duty in the commerce department.

Mittal recently pitched for affordability in spectrum pricing that has gone "out of control" in the last few years, saying the spectrum surplus industry will not need an airwave auction at least in 2017-18.

He, however, has said that even though telecom operators are bleeding with the entrance of a new service provider, they will need to increase investment in networks to handle competition.

"You have to accelerate market spends. You need to put more capex. We have done 85,000 base stations last year, 80,000 base stations this year. This is largest rollout anywhere in the world. There will be more investment on 4G side," Mittal said.

Bharti Airtel had reported an over 54 per cent fall in net profit at Rs 503.7 crore for the December quarter due to what it had termed as "turbulence from predatory pricing by a new operator".

The Indian telecom czar said Bharti Airtel's balancesheet remains "healthy and strong" and he does not think Bharti will go into losses under competitive pressure although one can "never say never".

He maintained that with improvement in technology, the cost of network is not linear.

Mittal further said Huawei and ZTE have a massive mimo technology using which one can quadruple or probably go up to 8 times of existing capacities in the spectrum.

"Nice good innovation is happening on the network side where you can generate nice good capacities than in the past.

Technology is also coming to help. It's not that if I have got 2000 TB of capacity and I have to move to 5000, I have to double my investments. It's probably 20 per cent more," Mittal said.

He is of the view that smaller telecom operators have been giving up because of their inability to afford investment in networks during the time of heavy competition.