Arvind Subramanian wondered whether the state-owned airline should "exist at all". 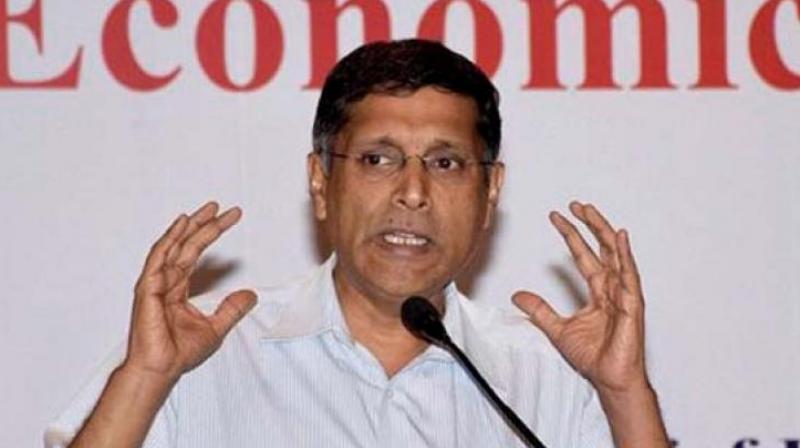 New Delhi: Air India's performance has improved with competition posed by private players, Chief Economic Advisor Arvind Subramanian said today, but wondered whether the state-owned airline should "exist at all".

The national carrier, staying afloat on a Rs 30,000-crore bailout package from the central government, is working on ways to improve its financial position. In the last fiscal ended March 2016, the airline had posted an operational profit of Rs 105 crore.

"Air India with IndiGo and Jet Airways is very different from Air India without... Whether Air India should exist at all even with Jet Airways and IndiGo is another question which we don't want to go into now," Subramanian said.

The point is competition has actually improved Air India's performance, he added. Subramanian was delivering the keynote address at the national conference on economics of competition law here.

Last month, the government informed Parliament that Air India is expected to post an improved operating profit margin this year even as liquidity constraints continue to impact the carrier's smooth performance.

While there have been clamours to privatise the airline, the government has so far desisted from taking a view on this.

The Economic Survey 2016-17, which was prepared by a team led by Subramanian, had also made an indirect reference to Air India.

Th ambivalence towards the private sector is manifest in multiple ways and the most well-known example is the difficulty of privatising public enterprises even for firms where economists have made strong arguments that they belong to the private sector, the Survey had said.

"Consider the civil aviation sector. Defying history, there is still the commitment to make the perennially unprofitable public sector airline 'world class'," it had said.