JLR announced that the Velar will be built exclusively at JLR's flagship Solihull plant. 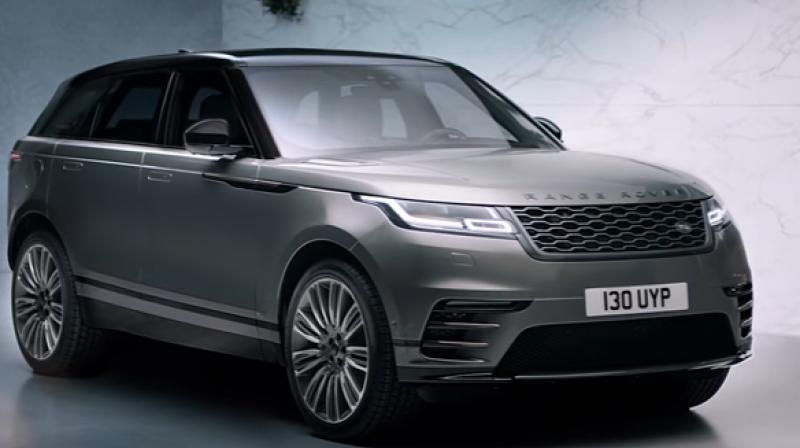 London: Tata Motors-owned Jaguar Land Rover has unveiled new Range Rover model Velar, a passion project of Ratan Tata, as part of its ambitious expansion plans to ramp up production of its luxury brands despite the challenges posed by Brexit.

"I would like to thank Ratan Tata. Ever since he saw the first sketch of the Velar, he became a passionate advocate of it," McGovern said at the unveiling. "Design has the power to enrich people's lives... this is a vehicle with emotionally charged DNA and unquestionable pedigree," he added.

Described as one of the "hottest products this year", the Velar is now open to orders from around the world, including India, and is priced at around 45,000 pounds. The UK car industry had backed the remain campaign during the Brexit referendum last year because the European Union remains by far the country's biggest market, something that could be directly affected by the final trade deal struck as Britain exits the economic bloc.

"Brexit is a significant challenge and we want our respective governments to support our industry. The last year was undoubtedly a very, very successful year for the industry but there is a lot of uncertainty with one of our biggest market, the EU," Mike Hawes, the chief of the Society of Motor Manufacturers & Traders (SMMT), had said recently.

In a boost to British manufacturing, JLR announced that the Velar will be built exclusively at JLR's flagship Solihull plant in the West Midlands region of England. "The expansion of our product range and building this British designed and engineered car in the UK is a sign of our confidence in British manufacturing.

We are leading the global premium car industry with our commitment to our home market and our heart, soul and headquarters will always be in the UK," said JLR CEO Ralf Speth.

The Range Rover brand has been heralded as Britain's greatest luxury export since the 1970s and includes the Range Rover, Range Rover Sport and Range Rover Evoque. Together they have helped transform the fortunes of the UK's largest vehicle manufacturer, accounting for 85 per cent of all premium cars produced in Britain and contributing 10 billion pounds to the UK economy every year, JLR said.

The Range Rover Velar is the third model to be launched at the Solihull manufacturing plant in two years. It follows an injection of 1.5 billion pounds in new facilities and technologies at the plant, which began with the Jaguar XE and F-PACE.

Production of all JLR  models at the four UK manufacturing plants directly supports more than 40,000 British jobs and a further 250,000 in the supply chain, a JLR statement said.

In the past six years, the company has more than doubled its workforce to support global demand for its products. Last year, Jaguar Land Rover sold 583,313 cars more than one every minute, 44 per cent of which were Range Rovers.

The Range Rover Velar will be sold in more than 100 markets globally and is available to order from later this year. The Velar will be on display at the Design Museum in London until March 6 for customers who are eager to see the model before buying it.

The car will also form the centrepiece of a new exhibition documenting 45 years of Range Rover, Velar to Velar which opens at the Solihull manufacturing plant at the end of March. It will be doing the motor show circuit around the world, starting with Geneva this month.