The merger was driven chiefly by a need to address chronic overcapacity in Europe’s steel market. 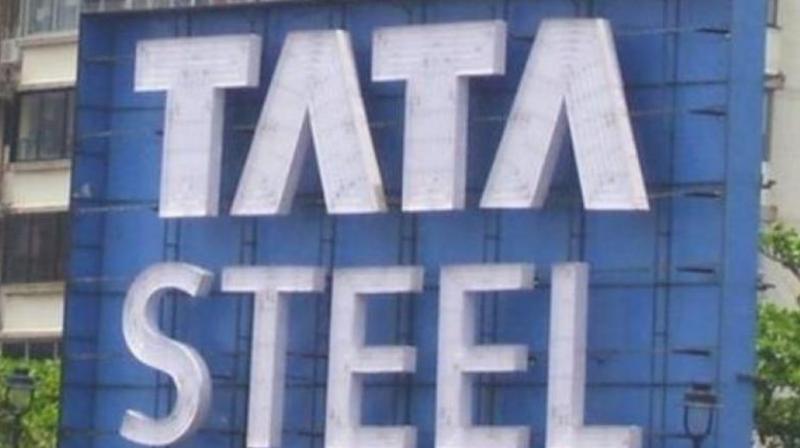 Plagued by poor earnings, Britain’s biggest steel plant, located in Port Talbot, is likely to be first in line for job and output cuts after the planned European merger of Thyssenkrupp and Tata Steel. Photo: PTI

London/Frankfurt: Plagued by poor earnings, Britain’s biggest steel plant, located in Port Talbot, is likely to be first in line for job and output cuts after the planned European merger of Thyssenkrupp and Tata Steel, industry sources told Reuters.

Germany’s Thyssenkrupp and India’s Tata Steel have signed a memorandum of understanding for a 50-50 joint venture which, if approved, would forge Europe’s No.2 steelmaker after ArcelorMittal, with sales of around 15 billion euros ($17.70 billion).

The merger was driven chiefly by a need to address chronic overcapacity in Europe’s steel market and should conclude late next year. The company will begin reviewing its combined production network from 2020 onwards.

This is expected by industry analysts to include further job cuts in addition to 4,000 already announced along with the deal, leaving open the question where the hammer will fall hardest.

Tata’s century-old steelworks in Port Talbot, Wales, employing some 4,000 people directly and up to 16,000 more indirectly in a region with few other major industries, is a prime target for cuts in the event of a steel market downturn after 2020, industry analysts said.

“They’ll only invest in the UK operations if they earn money,” said Rakesh Arora, managing director at Go-India Advisors in Mumbai, who has been following Tata for decades.

“It’s difficult to make a call, but one thing I can tell you for sure, earnings will not be higher than they are now because we’re at a cyclical peak in the steel cycle.”

According to brokerage Jefferies, Port Talbot will have core earnings (EBITDA) of 12 euros per tonne, a margin of 2 percent, in the first year of the merger.

This compares with 92.4 euros, or a margin of 14 percent, at IJmuiden, Tata Steel’s other main production site in the Netherlands. Thyssenkrupp’s key plant in Duisburg, Germany, will earn 85.4 euros per tonne, at a profit margin of 11 percent.

“It would logically make sense to cut capacity at lower margin sites, which I believe are mainly the Tata assets. Thyssenkrupp’s sites are amongst the best earners in Europe,” one of Thyssenkrupp’s top-20 shareholders said.

A Tata Steel spokesman said it was the clear intent of both shareholders “to continue with the current asset configuration at all upstream sites including Port Talbot”.

That process typically costs over 150 million pounds ($201 million) and gives the furnace about 20 additional years of life.

Chandrasekaran said this was Tata Steel’s intent should the funds be available, but he declined to commit.

“As you know, its (blast furnace 5) relining was not included in the memorandum of understanding signed earlier this year (with the unions),” he replied in correspondence posted on a UK government website.

A spokesman for UK union Community said: “Relining blast furnace 5 is something that in the next weeks and months we will continue to push for.”

Unlike Port Talbot’s blast furnace 5, Thyssenkrupp’s Duisburg furnaces will not need relining in the next five years, people familiar with the matter said, because all had been relined or started operations during the past decade.

A source close to Tata’s IJmuiden plant said one of its blast furnaces will require relining within the next 3-5 years. Experts, however, say the merged group is still more likely to invest in IJmuiden rather than Port Talbot in a downturn because the Dutch operation is more profitable.

“Thyssenkrupp flagged potential for additional savings beyond 2020 from upstream crude steelmaking and hot rolling capacity adjustments, which we believe are most likely at Port Talbot,” Jefferies analyst Seth Rosenfeld said.

According to a filing with UK government database Companies House, Tata Steel UK made an operating loss (EBIT) of 449 million pounds in the year ending March 2017. This included a 413 million pound one-off in relation to the British Steel Pension Scheme, which the group has since separated from.

Excluding exceptional items, the business made an operating profit of 106 million pounds, but only after European steel prices rose 66 percent, raising doubts over whether earnings can be sustained during a downturn.

A UK government spokeswoman said: “It’s too early to be speculating on the future direction of individual sites. Both Tata Steel and Thyssenkrupp have acknowledged the improved performance at Port Talbot over the past 18 months.”

Thyssenkrupp’s steel unit is on average more profitable than Tata EU assets - which have burnt about $1 billion of cash a year over the past decade - giving German unions more muscle to extract job and plant guarantees from management at the expense of Tata Steel jobs.