NTPC had on Wednesday said it has initiated a probe to ascertain the reasons behind the blast. 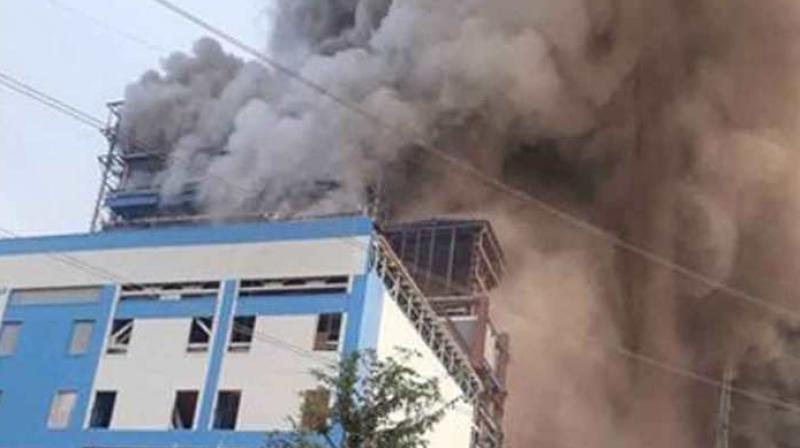 Smoke billows out of NTPC plant in Rae Bareli on Wednesday. (Photo: PTI)

New Delhi: India's largest power producer NTPC Ltd on Thursday said it has shut a 500 MW unit at its Unchahar coal-fired power station in Rae Bareli after an explosion killed 26 people and injured several others.

The 1,550-megawatt (MW) plant, which supplies electricity to nine states, had reported an explosion in the furnace beneath the boiler on Wednesday.

"This is to inform that Unit-6 (500 MW) of Feroze Gandhi Unchahar Thermal Power Station, Rae Bareli, UP, is under shutdown after an accident in the evening of November 1. The other five units of the station are operating normally," NTPC said in a statement.

NTPC had on Wednesday said it has initiated a probe to ascertain the reasons behind the blast.

At around 1530 hours on Wednesday, "there was sudden abnormal sound at 20-meter elevation," it had said in a statement. "There was opening in corner No.2 from which hot flue gases and steam escaped affecting the people working around the area."

Around 80 people were rushed to NTPC hospital, most of them were discharged after giving first-aid, it added. The plant employs around 870 people.

"All possible measures are being taken to provide immediate relief to the families of affected people in close coordination with the district administration," NTPC said.