Pirojsha, who joined GPL in 2004, has been the managing director and CEO since 2012. 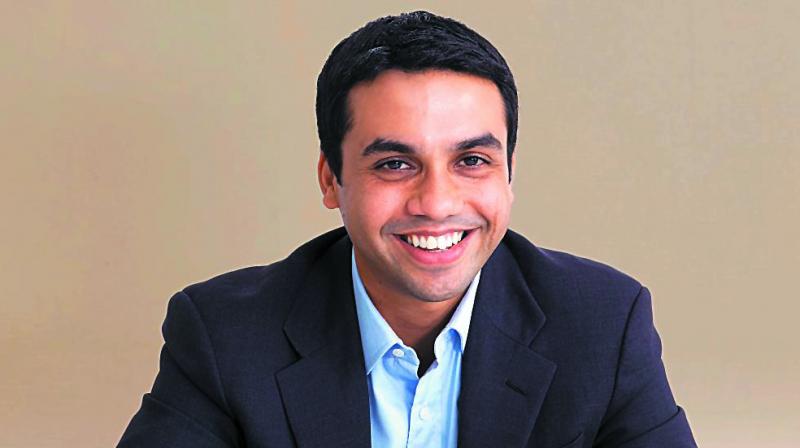 Mumbai: Godrej Group on Thursday elevated Pirojsha Godrej, the son of group chairman Adi, as the executive chairman of the realty arm as the senior Godrej decided to step down from the post.

Adi Godrej, who will turn 75 in April, will continue as chairman emeritus at Godrej Properties, which earlier in the day reported a two-fold jump in net profit at Rs 77.25 crore, the company said.

Yesterday, the 36-year-old Pirojsha was also nominated as a director on the board of Godrej Consumer Products, the flagship company of the group, which is engaged in the FMCG market. Pirojsha, who joined GPL in 2004, has been the managing director and CEO since 2012.

Mohit Malhotra, currently the executive director, will now replace Pirojsha and assume the charge of managing director and CEO at Godrej Properties.

Mr Malhotra, who joined Godrej Properties in 2010, and headed business development and has since taken on larger leadership responsibilities that currently include heading GPL’s operations. He was appointed to GPL’s board as an executive director in 2015.

Meanwhile, the company reported an over two-fold per cent jump in consolidated net profit at Rs 77.25 crore for the December quarter against Rs 27.06 crore in the year-ago period. Its income from operations also rose two-fold to Rs 518.25 crore during the Q3 from Rs 247.24 crore in the same period a year ago, it said.

Commenting on these developments, Adi Godrej said, “Pirojsha, Mohit and the GPL team have delivered tremendous results in a difficult market environment and I'm sure will lead the company to new heights.”