Tata said that the Tata Group is in the safe hands of new chairman N Chandrasekaran. 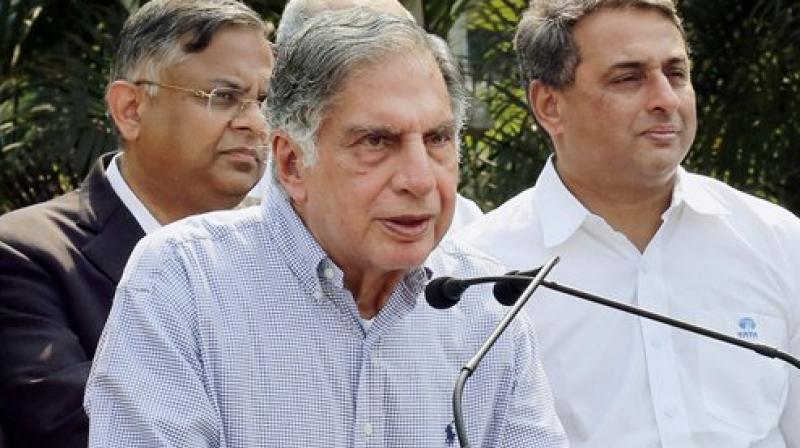 Jamshedpur: Tata Sons Chairman Emeritus Ratan Tata today said the Tata Group is in the safe hands of N Chandrasekaran, who would take it to a new level of progress and growth.

Introducing Chadrasekaran to the people of Jamshedpur, Tata expressed confidence that Chandra (Chandrasekaran) will take the group as well as the city to a new level of progress and growth.

The Group and Jamshedpur city is in safe hand and it was a matter of pride that Chandra being an internal person of the group and had an impeccable record, Tata said after paying floral tributes to Jamsetji Nusserwanji Tata on his 178th birth anniversary, here today.

Chandra has an immense record in term of performance and the progress made by TCS under his leadership, he said. "I am confident that Chandra would take the Tata group to a new height of progress and growth," Tata added Speaking on the occasion, Chandrasekaran said "I have been here in the steel city of Jamshedpur for last 36 hours witnessing, observing and feeling the impact of the city on human lives."

You can witness the Iconic brand Tata Steel and Jamshedpur almost inseparable being as one, which probably you could not have seen anywhere in the world, the Tata Sons Chairman said.