Deployment of ATMs under 28 per cent GST slab; small banks to suffer

ATM industry body will be urging GST Council, revenue secretary and finance ministry to revise the rate on ATMs. 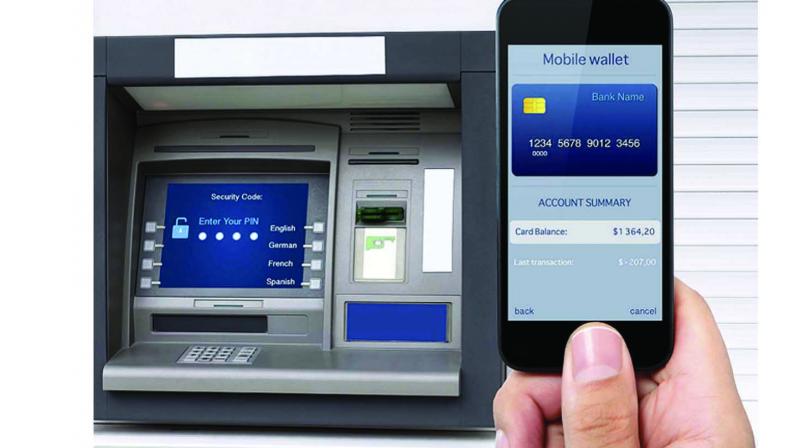 Mumbai:  The Goods and Services Tax (GST) is now set to tax not just our pockets, but also the deployment of cash dispensing machines or ATMs which have been placed under the highest 28 per cent tax slab.

This implies that it might get harder and costlier for smaller banks to place automatic teller machines (ATM), causing problems for the industry as well as for common people. However, other digital payments hardware and point-of-sale equipments have been put under the 18 per cent tax slab.

According to a report in Economic Times, the Confederation for ATM Industry (CATMI) will be sending a representation to the GST Council, the revenue secretary and the Ministry of Finance requesting them to revise the rate on ATMs.  “As an industry, we are planning to reach out to the government to bring ATMs on par with other payment terminals as otherwise there will be a general 7-8 per cent increase on the cost of terminals,” said Ravi Goyal, managing director of AGS Transact Technologies, which is responsible for deployment of ATMs.

In any case, post demonetisation, the deployment of ATMs has slowed down as banks have indulged in adopting various other ways of digital payment methods. Banks started preferring light payment management solutions like microATMs and Aadhaar Pay to deploying ATMs which is costlier.

The service cost for maintenance of ATMs will also be rising as these rates have been hiked to 18 per cent form the previous 15 per cent. This cost would have to be borne by banks, further aggravating the problem.

However, it is also true that banks will now be able to claim a higher input tax credit under GST  which will enhance their cash flows.