The overall plan is to secure investments to the tune of $10 billion from 2,000 billionaire. 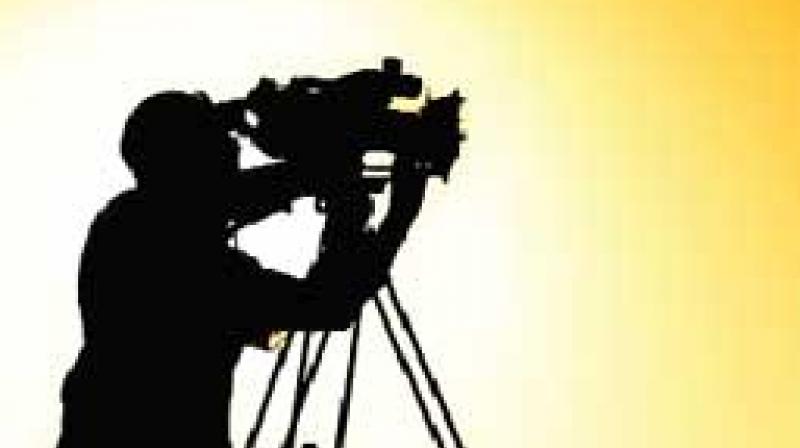 Indywood Film Carnival is an attempt to educate the stakeholders about the importance of such projects.

Kolkata: The Indywood Billionaires Club, an innovative initiative kicked off last year by the Sharjah-headquartered Aries Group to open the doors of Indian film industry for foreign direct investment, has already mobilised funds worth Rs 3,000 crore from nearly 20 leading NRI investors based in the United Arab Emirates, Europe and Asia-Pacific.

The overall plan is to secure investments to the tune of $10 billion from 2,000 billionaire Non-resident Indians and companies over a period of few years, said Kerala-born NRI businessman Sohan Roy, chairman, Aries Group. Of this, $5 billion will be spent on theatres, $2 billion on studios, $1 billion on movie production, $1 billion on equipment manufacturing and $1 billion on talent schools/agencies.

“India is blessed with talented actors and technicians. However, our film industry is not concentrating on making movies which appeal to the international audience. Bahubali is an exception. The movie industry will fetch huge gains if we increase the number of international projects by using advanced technology and world-wide distribution. Indywood Film Carnival is an attempt to educate the stakeholders about the importance of such projects. The entire industry, including actors, technicians, producers and distributors apart from the Centre and the state governments, should come forward to support this desi initiative,” said Roy.

A naval architect by training, a businessman by profession and a filmmaker by passion, Roy’s international claim to fame was directing the Oscar nominated, 3D emotional thriller Dam999, the screenplay of which has been added to the permanent core collection of the library of Academy of Motion Picture Arts and Sciences (AMPAS) in 2011.

Significantly, the Indywood Billionaires Club will also educate movers and shakers about the vast opportunities in the sector and how they can be tapped effectively. The whole move aims at tapping the growing Indian film and entertainment sector comprising movies, animation and graphics. Interestingly, the Indian film industry, according to a report prepared by Deloitte-Indywood, is expected to grow at 11 per cent CAGR reaching $3.7 billion by 2020. In the coming years, the volume of foreign direct investment will play a decisive role in conceiving and implementing mega projects.

Roy said the Indian film industry should come forward to conceive and implement big budget international projects instead of following clichéd subjects and treatment patterns. Roy’s company, which is organising the Indywood Film Carnival (IFC) in Hyderabad between December 1 and 5, is expecting 5,000 business delegates from across 100 countries to attend it and is also hoping the carnival to generate business worth Rs 500 crore by way of signing up of big budget movie projects, co-production ventures and B2B agreements.

IFC 2018 will be a one-stop platform for showcasing the latest technology and future possibilities in the entire spectrum of film making, skill development, pre-production, production, post-production, distribution, marketing and technical support, among others, he said.

Roy said on an average around 1,500–2,000 films are made per year in India in 20 different languages. In terms of revenue, the industry has a gross realisation of $2.1 billion which is expected to grow at 11 per cent CAGR reaching $3.7 billion by 2020 under the prevailing scenario.