R Venkataramanan rumoured to have offered to quit Tata Trusts

This follows reports about some trustees not being happy with high compensation of Rs 2.66 crore paid to Venkataramanan. 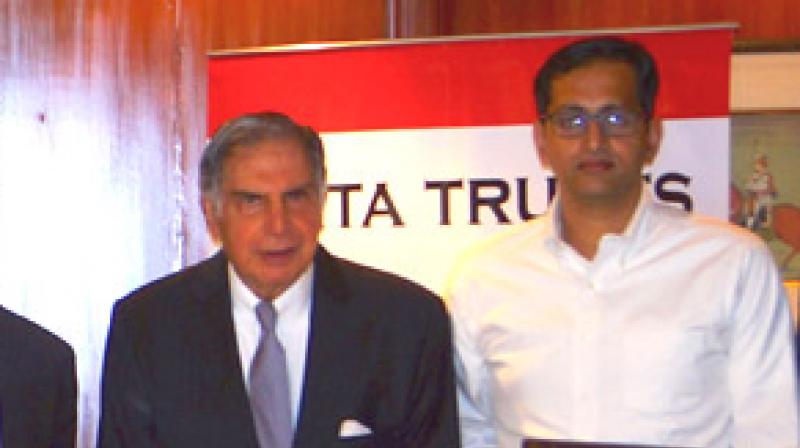 Sections of the media reported that the board of trustees is likely to meet soon, while some also suggested a rejig in the management of the Trust, one of the oldest philanthropic organisations in the country set up in 1932. (Photo: Tata Trusts)

Mumbai: Amid a controversy over an Income Tax order withdrawing exemption to Sir Dorabji Tata Trust, speculation was rife on Friday about its managing trustee R Venkataramanan having offered to resign.

While there was no reply from an official spokesperson of Tata Trusts, sources said Venkataramanan had offered to quit as managing trustee. This follows reports about some trustees not being happy with the high compensation of Rs 2.66 crore paid to Venkataramanan.

The trust, part of the 'Tata Trusts' which collectively own 66 per cent of the over USD 100 billion Tata Sons, has been reportedly served an order withdrawing tax exemption in late December 2018 because of the high compensation.

Sources said on Friday the trust has appealed against the IT order, but details of the grounds on which the appeal has been made were not immediately available.

Sections of the media reported that the board of trustees is likely to meet soon, while some also suggested a rejig in the management of the Trust, one of the oldest philanthropic organisations in the country set up in 1932.

One report also said that the board of trustees had not ratified the payments to the managing trustee, which was denied by a source who countered asking how can any payment be made sans a go-ahead and asserted that the same was cleared by the board.

A source said on Friday the board of the trust meets every quarter and there may be a meeting scheduled soon. Venkataramanan has had a long association with the Tata Trusts and is considered very close to Tata Group's chairman emeritus Ratan Tata. His name had also featured in the CBI probe against the Tata group entity Air Asia, where he was a director.

An official defended the compensation, saying a managing trustee is also an employee of the trust, and questioned how else will professionals get compensated. "Decisions on compensation levels are prerogative of the boards, given the size and span of activity," the official added.

However, there is another group as well which argues that a trustee is technically not an employee. It is understood that genesis of the tax demands are the voluminous documents sent by Cyrus Mistry in December 2016 after his dismissal from the company, sources said.