The world’s largest semiconductor and smartphone maker is expected to forecast a 46 per cent jump in operating profit. 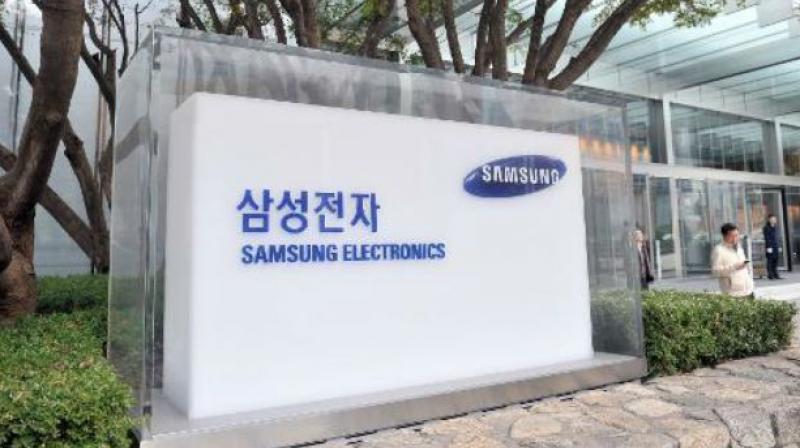 The world’s largest semiconductor and smartphone maker is expected to forecast a 46 per cent jump in operating profit in the January-March period to 14.5 trillion won (USD 13.7 billion).

Seoul: Samsung Electronics Co Ltd is set to forecast a near 50 per cent jump in quarterly profit on Friday as an unprecedented rally in the global memory chip market should outweigh a slowdown in smartphones and related components sales.

Earnings from its bread-and-butter semiconductor business will amount to almost three quarters of its entire operating profit of USD 13.7 billion, as analysts estimated Samsung would book about 70 cents in operating profit for every USD 1 of DRAM chips sold.

Disciplined supply will mean the global memory chip market will remain tight throughout this year and help Samsung report record earnings, although profit growth is seen slowing to just 15 per cent from last year’s blistering 83 per cent.

“Although memory chip price growth is expected to slow down from last year’s boom, increased shipments and cost-cutting will fuel further profit growth in Samsung’s semiconductor business and lift profits to another record year,” said Lee Jae-yun, an analyst at Yuanta Securities Korea.

The world’s largest semiconductor and smartphone maker is expected to forecast a 46 per cent jump in operating profit in the January-March period to 14.5 trillion won (USD 13.7 billion), according to a Thomson Reuters survey of 17 analysts.

The company will issue earnings guidance on Friday ahead of full details on its performance later in April.

Lower-than-expected iPhone X sales made Apple Inc cut its OLED panels purchase for 2018 to only 60-65 percent of the original purchase plan, which led to a decrease in Samsung’s OLED panel shipments forecast, according to Julian Lee, an analyst at research provider WitsView.

Samsung is widely known as the exclusive supplier of organic light-emitting diode (OLED) screens for the high-end smartphone.

As for the mobile business which accounts for about 40 per cent of the South Korean firm’s revenue, Samsung shipped 9.3 million Galaxy S9 series smartphones globally during the quarter, according to estimates by Strategy Analytics.

The S9, which went on sale in most markets in mid-March, is likely to have a considerable on-year impact on first quarter profit as it was released a full 5 weeks earlier in 2018 than the S8 in 2017.

Shares in Samsung Electronics are down about 7 per cent so far this year after hitting a record 2.876 million won in November, due to concerns about the sluggish smartphone market and worries about a subsequent fall in component demand.

Trading in its shares will be halted between April 30 and May 3 for a planned 50:1 stock split, which could lift market capitalisation on better retail investors’ access to the stock, analysts said.