The costs of these flights are reimbursed to the airline by the respective ministries. 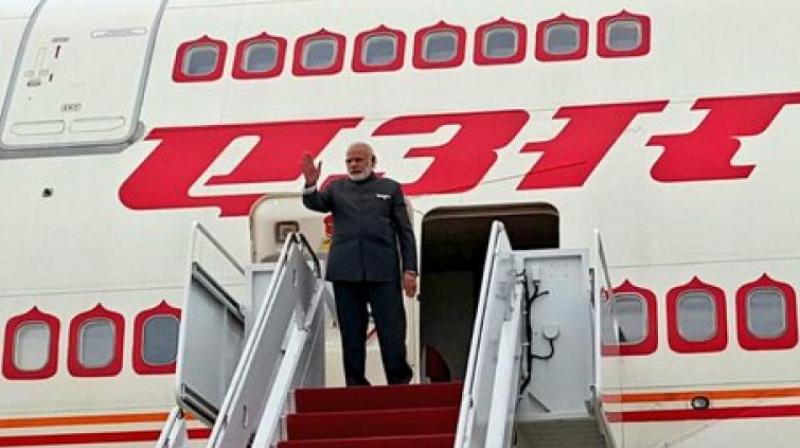 In a relief to cash-strapped Air India, the government on Wednesday approved a proposal to enhance the expenditure for operation and maintenance of the carrier's VVIP aircraft by nearly Rs 200 crore from Rs 336.24 crore.

New Delhi: In a relief to cash-strapped Air India, the government on Wednesday approved a proposal to enhance the expenditure for operation and maintenance of the carrier's VVIP aircraft by nearly Rs 200 crore from Rs 336.24 crore.

Air India engages the 'Special Extra Section Flights' (SESF) or VVIP aircraft such as the Boeing B747-400 for the President, the Vice President and the Prime Minister.

The proposal was approved by the Cabinet Committee on Economic Affairs (CCEA) chaired by Prime Minister Narendra Modi to help ease some of the financial burden of the airline facing "serious" financial and liquidity position, an official statement said.

"The CCEA has given its approval to enhance the expenditure for 'Special Extra Section Flights' (SESF) operations from Rs 336.24 crore plus applicable taxes to Rs 534.38 crore plus applicable taxes for 2016-17 with built-in annual escalation of 10 per cent to compensate the cost of living index and exchange fluctuation for the maintenance of B747-400 aircraft," the statement said.

"It is therefore necessary to review the estimates/ reimbursements provided to Air India since the year 2011-12 as the cost base has not been indexed to inflation. Since, Al is suffering financial losses, the airline cannot afford to provide any services below its cost," the statement said.

The costs of these flights are reimbursed to the airline by the respective ministries. The CCEA's decision comes against the backdrop of the government putting brakes on Air India's disinvestment, for now, after it failed to attract bidders in the initial round of the bidding process.

The airline is incurring a loss of Rs 15 crore per day. At the end of March 2017, the carrier had a debt burden of around INR 48,877 crore. Out of the total amount, INR 17,360 crore was related to aircraft and INR 31,517 crore pertained to working capital loans.