Business   Companies  04 Aug 2017  Sikka plays down senior-level exits at Infosys, says its far lower than other cos
Business, Companies

Sikka plays down senior-level exits at Infosys, says its far lower than other cos

Some reports suggest that exits are a worrying trend for Infosys which has been battling various crises. 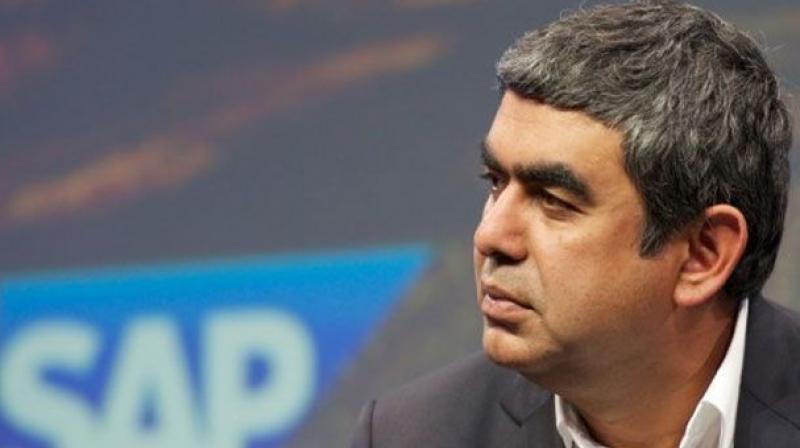 Infosys CEO Vishal Sikka has dismissed views suggesting senior-level exits at the company were a cause of concern.

New Delhi: Infosys CEO Vishal Sikka has dismissed views suggesting senior-level exits at the company were a cause of concern, saying the attrition is "far lower" than other firms.

"Not at all. This is a complete nonsensical myth that has been propagated in some parts," Sikka told CNBC-TV18 when asked if the series of exits of senior talent was a cause for concern.

"It happens in every company. We actually did an analysis, both in terms of our own past as well as in terms of the other companies in our industry. And there are far more executives who have left every other company that we could think of," he said.

Sikka -- who has just completed three years as the CEO of Infosys -- said the analysis by the company and some other recruiting firms revealed that Infosys was "far lower in terms of executive attrition than other companies".

Some reports suggest that the exits are a worrying trend for Infosys as many of the officials, who have put in their papers, had joined Sikka from SAP -- his former employer.

Sikka quipped that there is a "fixation" on Infosys, and exit of individuals, including assistants and engineers, keeps showing up on the list.

Infosys has been battling both internal and external challenges in terms of uncertain global economic environment and high-profile founders flagging concerns around alleged corporate governance lapses at the company.