While Facebook has spent USD 24.7 million on Zuckerberg’s protection since 2013. 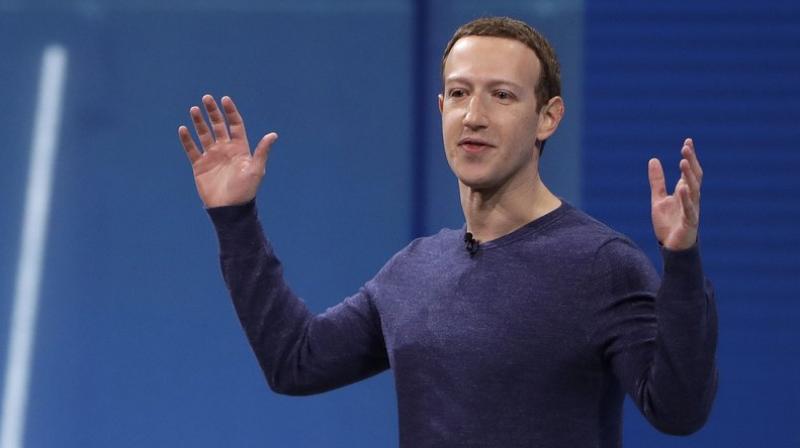 It costs a lot to keep Mark Zuckerberg safe Facebook Inc spent $7.33 million last year protecting its chief executive officer at his homes and during his tour across the US. Last week, the social-media giant said it would provide an additional $10 million a year for him to spend on personal security.

The cost for this year far exceeds what other firms will spend for their bosses and probably surpass the average annual compensation for S&P 500 CEOs. For the world’s sixth-richest person, it doesn’t necessarily amount to much.

“Security at multiple residences, transportation, a protection team, cyber, travel – if you also have a wife and a few kids, you’re already over $10 million just for a basic package,” said Roderick Jones, Concentric Advisors chairman.

Not all corporate titans need security. An executive who avoids the limelight, shuns media interviews and donates to charity anonymously can more easily blend in with the public.

Zuckerberg is, well, Zuckerberg. He’s the founder and leader of one of the world’s most valuable companies, regularly sharing photos and videos of himself playing with his two daughters, meeting world leaders and barbecuing brisket in his backyard. And he’s worth $68.6 billion.

Facebook also took a barrage of criticism over its data-privacy policies, especially in countries such as Myanmar and Sri Lanka, where misinformation on the firm’s website led to violence. It faced significant backlash from investigations into Russia’s efforts to influence the outcome of the 2016 U.S. elections. Those controversies – not to mention angry customers, terrorist attacks and workplace shootings – can make tight security essential.

The costs for Facebook’s CEO security program is appropriate and necessary, co-nsidering Zuckerberg’s “position and importance” to the firm, and he doesn’t receive any other compensation beyond a $1 salary, the Menlo Park, California-bas-ed company said in its most recent quarterly report.

Regulatory filings provide occasional glimpses into company-paid arrangements. Perks that are available to all employees – such as free snacks or security guards at building entrances – don’t have to be reported. But benefits solely for an executive, such as bodyguards or home-security systems, are taxable and typically mu-st be included as part of the person’s annual compensation. Most big companies pay for CEOs to use private jets for personal trips, both to ensure their security and give them flexibility to return on short notice. Some provide cars and drivers and pay for home security. Only a few cover bodyguards.

While Facebook has spent $24.7 million on Zuckerberg’s protection since 2013, the additional money will come in handy, said Paul Viollis, CEO of security firm Viollis Group International. Corporate security programs usually don’t include protection for members of a person’s immediate or extended family. They also may not cover multiple residences in far-flung places.

Walls, fences or other barriers surrounding homes of the ultra-wealthy are typically equipped with motion sensors and monitored by cameras that can be programmed to recognise certain faces. The space between external barriers and a house often contain another layer or two of intrusion detection, such as buried cables or pressure pads, or something as simple as dense vegetation or crushed gravel that’s noisy underfoot.

Typical measures inside residences can include ballistic windows, cameras, safe rooms, reinforced doors, walls and locks, and simple things such as strong hinges to prevent doors from being knocked down. The costs of all that, as well as maintaining surveillance, can run into the seven figures, Jones said.

Being tailed by bodyguards in suits, shades and earpieces at all hours can cost as much as $1 million. Each 24/7 position requires four people who each can command six-figure salaries, said Christopher Falkenberg, a former Secret Service agent and founder of Insite Security. And they never work alone, meaning a detail for one executive might require a staff of about 10. Add relatives and the costs multiply.

Many of the best security personnel come from gover-nment agencies such as the State Department or Federal Bureau of Investigation, which gives them a broader range of experience than the military, Jones said. Fac-ebook’s security program, for example, is run by an ex-Secret Service agent who se-rved on former Vice Preside-nt Joe Biden’s detail, according to her LinkedIn profile.

Trips for the ultra-wealthy start with an assessment of the threats at the destination, such as heightened risk of kidnapping or terrorist attacks. A team is deployed in advance to scout the area, learn evacuation routes and liaise with local security professionals or government resources. Bringing backup doses of medicines and renting armored cars also can be part of the program, Martin said.

Protecting a person’s devices is also important. Beyond cellphones, tablets and computers, smart devices such as toilets and refrigerators can make home networks vulnerable. Gaining access, a person can obtain sensitive information that could be used for extortion or identity theft.

Network-security firms offer myriad options for enterprise customers, but it’s harder for smaller outfits, like a household or family office, to get hold of tailored solutions that are both sophisticated and affordable, according to Jones. “People have a perception of what security is from popular entertainment,” he said, referring to muscular men with military experience. The reality, however, is pretty boring. “Security is 1,000 little things done well.”