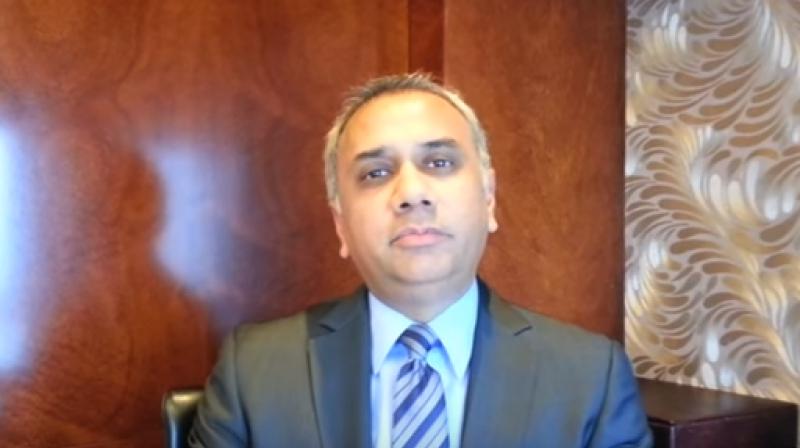 Mumbai: After well over a decade with Capgemini, Salil Parekh is returning home to head unsettled Indian software services firm Infosys, where he will seek to replicate his success in notching up record growth at the divisions he ran.

Alongside, Parekh has to help the bellwether of India’s USD 154 billion software services sector recover from a nasty public spat between its board and founders that led to the dramatic exit of the previous CEO, Vishal Sikka, in August.

Parekh joins Bengaluru-based Infosys in January from Paris-headquartered Capgemini, where he headed their core application services business in key markets like North America and the United Kingdom, and their cloud services and cloud infrastructure businesses. He also managed Sogeti - a unit of Capgemini focused on digital transformation.

As the CEO, Parekh will have to achieve growth while being careful not to antagonize Infosys’ founders, who own about 12 per cent of the company, but command an outsized say in its direction.

His priority will be to assure clients and employees of “business continuity without rocking the boat,” Harit Shah of brokerage Reliance Securities wrote in a note to clients after Infosys announced the appointment on Saturday,

The founders, led by Narayana Murthy, the doyen of India’s IT services sector, engaged in a lengthy public feud with Sikka on issues ranging from flights on private jets, to over-spending on a takeover, and on the pricey rent for his US office, to the largesse of payouts given to certain executives following their exits.

Sikka, widely known as an innovator in the global software industry, joined Infosys from German software maker SAP in 2014. He was the first outsider to be made CEO of Infosys.

The spat culminated with the exit of both Sikka and Infosys’ then chairman R Seshasayee in August, and the return of one of its founders, Nandan Nilekani, as chairman. Nilekani, a highly regarded industry veteran, had remained silent throughout the public confrontation led by Murthy.

For Parekh, the discord that led to Sikka’s departure could prove to be beneficial, although he may have to work to convince Murthy.

“Sometimes coming on the back of a controversial exit is easy, because expectations would be realistic,” a tech industry consultant said.

Being hand-picked by Nilekani should give Parekh some cover. Two weeks ago, Murthy endorsed Nilekani, saying “absolutely, all is well,” with Nilekani at the helm.

In a statement on Saturday, Murthy wrote, “I am happy that Infosys has appointed Mr. Salil Parekh as the CEO. My best wishes to him.”

In Parekh, India’s No. 2 IT firm gets an executive with vast experience in some of its biggest Western markets and one who has led high-margin businesses like cloud services, where it is keen to accelerate growth.

His Capgemini colleagues say Parekh pushes people to work hard, believes in sharing information and cutting across hierarchy to deliver on projects.

“IT services is a very different business from products and someone like Sikka who came with a mindset of doing new things constantly may not have been a good idea for a firm like Infosys,” a senior executive at Capgemini said, declining to be named.

“Parekh, though, is a core services executive who knows how to deliver projects within tight deadlines, with the resources at hand.”