Company has received order of district administration and will decide on future course of action after studying it. 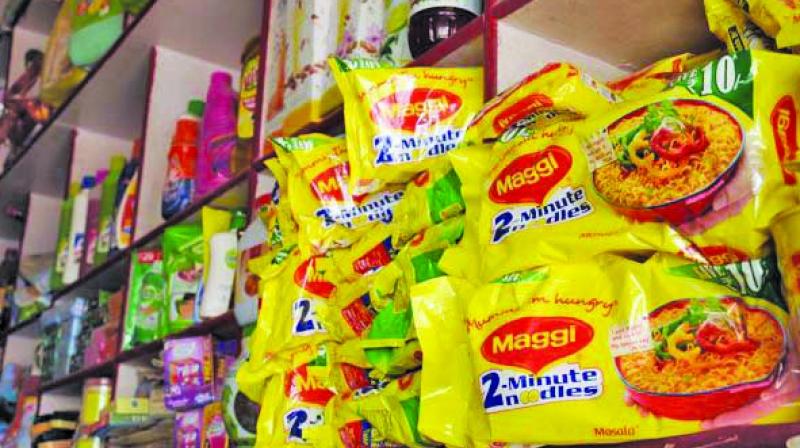 In June 2015, Nestle India withdrew Maggi noodles from the market.

New Delhi: FMCG major Nestle India said on Monday that Maggi complied with the latest guidelines of food safety regulator FSSAI and it does not add any ash to its popular noodles.

District administration of Shahjahanpur, UP, had slapped a fine on Nestle India and its distributors last week after Maggi had allegedly failed to pass the lab test and found ash content above the permissible limits for human consumption.

"Nestle wishes to categorically state that we do not add ash in any form whatsoever during the manufacturing process of its Maggi noodles," Nestle India Chairman and Managing Director Suresh Narayanan told reporters here.

Speaking on the sidelines of a CII event here, he said the company has received the order of the district administration and will decide on the future course of action after studying it.

"We are fully compliant with the latest FSSAI guidelines which were issued in August-September this year..." he added. He declined however to comment further saying that "the matter is sub-judice".

In June 2015, Nestle India withdrew Maggi noodles from the market. It had relaunched them in November after it went off the market for five months due to a ban by FSSAI over alleged presence of lead beyond permissible limits.