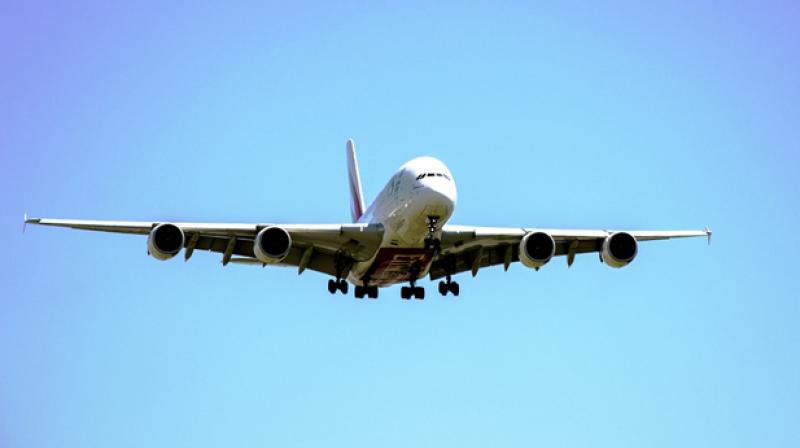 Passenger demand is expected to slow down slightly in the Asia-Pacific region to 9.5 per cent this year from 10.9 per cent in 2017.

Sydney: The global airline industry is expected to achieve a collective net profit of almost USD 34 billion in 2018 despite rising fuel and other costs, though the profit level is a bit lower than what was achieved last year, according to IATA.

The International Air Transport Association (IATA) expects the airlines to achieve a collective net profit of USD 33.8 billion, at a net margin of 4.1 per cent, in 2018 compared to a record USD 38 billion last year.

The estimates were announced at IATA's annual general meeting here, with its Director General and CEO Alexandre de Juniac saying "solid profitability is holding up in 2018, despite rising costs. The industry's financial foundations are strong with a nine-year run in the black that began in 2010.”

“The return on invested capital will exceed the cost of capital for a fourth consecutive year. At long last, normal profits are becoming normal for airlines. This enables airlines to fund growth, expand employment, strengthen balance sheets and reward our investors," de Juniac said.

He said this was “a solid performance despite rising costs, primarily fuel and labour, but also the upturn in the interest rate cycle. These rising costs are the main driver behind the downward revision from the previous forecast of USD 38.4 billion in December 2017.”

However, the operating profits, though still high by past standards, have been trending slowly downwards since early 2016 as a result of accelerating costs, he said.

According to IATA's Chief Economist Brian Pearce, this year the return on invested capital is expected to be 8.5 per cent, down from 9 per cent in 2017.

In terms of the airlines of different regions, those in the Asia-Pacific, including India, benefitted from the strong growth in cargo revenues last year, since the region is the “manufacturing centre of the world”.

Last year, the region generated the second largest profit at USD 10.1 billion. This year, the region will slip just behind Europe with net post-tax profits of USD 8.2 billion, as the end of the business inventory restocking cycle slows cargo, particularly relative to travel.

However, the major risk factors which are likely to affect the aviation industry this year include the “advancement of political forces pushing a protectionist agenda, uncertainty following the US withdrawal from the Iran nuclear deal, lack of clarity on the impact of Brexit, numerous ongoing trade discussions and continuing geopolitical conflicts,” the IATA chief said.

“Growing uncertainty in the direction by which global affairs will evolve, could present risks to the industry's outlook,” de Juniac said.

Separately, Pearce said “there are risks from the threat of trade war and geopolitical uncertainties which have dented business confidence in the last couple of months”.

He was alluding to the recent moves of the Donald Trump administration to impose hefty tariffs on imports of steel and other products into the US which has been opposed by several countries, including members of the European Union.

Pearce also outlined the major sources of the “sharp escalation of unit costs” of the industry, saying this came from fuel, labour and infrastructure.

While 80 per cent of the increase in unit costs over the past two years has come from higher fuel prices and labour costs, the “third largest contributor” to the cost increase is higher infrastructure costs, he said.

Fuel prices, now over USD 90 a barrel, was 45 per cent higher than this time last year. The further rise of fuel prices increases the difficulty of this cost challenge, he said.