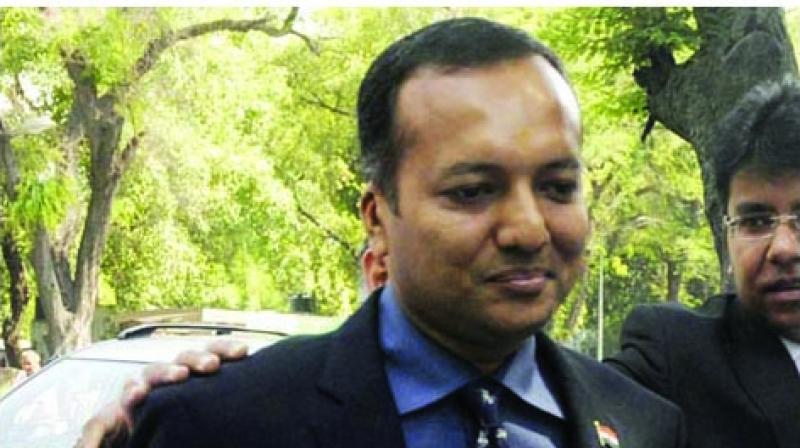 Supplying rails to Indian Railways is like a "dream come true", Naveen Jindal, the Chairman of Jindal Steel and Power Ltd (JSPL) which became the first private company to supply rails to the railways, said.

New Delhi: Supplying rails to Indian Railways is like a "dream come true", Naveen Jindal, the Chairman of Jindal Steel and Power Ltd (JSPL) which became the first private company to supply rails to the railways, said.

Last week, JSPL bagged 20 per cent of Rs 2,500 crore global tender by Indian Railways to supply long rails. "It was a very emotional and proud moment. It was like a dream come true. A dream which we had seen some 20 years back. I had always dreamt of supplying rails to our national transporter," Jindal told PTI in an interview.

JSPL had set up a rail mill at its Raigarh plant in 2003 to become the second player after SAIL to produce rails in India. "Meanwhile, we kept on getting long rail orders from industry and were exporting to countries like Iran, Bangladesh and a few others. In India, we supplied for dedicated freight corridor. But our main aim was to supply to the Indian Railways. Domestic rail segment is something which we were trying for 15 years," he said.

Until now, under a Memorandum of Understanding, SAIL was exclusively supplying rails to the Railways from its Bhilai Steel Plant in Chhattisgarh. JSPL operates a 1 million tonne per annum (MTPA) rail mill at its 3.6 MTPA steel plant at Raigarh, Chhattisgarh.

When asked if he sees the Railways' order as an end to the SAIL's monopoly in rail segment in India, Jindal said, "SAIL can supply only up to a limit. "Railways was buying from SAIL all that it could produce. ... suppose, if Railways has a requirement of 15 lakh tonne (LT) and SAIL can make only 10 LT then you can see there is a shortage of 5 LT. To meet this shortage Railways floated a global tender."

While appreciating the government for recognising the potential of a private player for the order, Jindal said it is a kind of responsibility and JSPL is committed to and capable to fulfil the order.

The National Steel Policy (NSP) 2017 aims to raise the domestic steel making capacity to 300 MT while another policy - the Domestically Manufactured Iron and Steel Products (DMI&SP) Policy that makes it mandatory to give preference to locally produced steel in government procurement -- are remarkable steps taken by the Ministry of Steel, Jindal remarked.

The DMI&SP policy fulfils the spirit of 'Make in India', he said adding that they were already producing in India. When asked as to when the first consignment would be dispatched, he said the company aims to ship the first shipment on August 7, 2018, which is also the birth anniversary of his father Om Prakash Jindal, the founder of O P Jindal Group.

He claimed the order is to supply around 1 lakh tonnes of rails over a period of one year but JSPL can easily complete the entire demand within three months as it can produce 50,000 tonnes rail per month.

Jindal further said that they have no plans to raise the capacity of the rail mill as it was being run at 50 per cent capacity and looking at the demand coming from the Railways, they would first utilise the mill's whole capacity.

After facing supply issues from Steel Authority of India Ltd (SAIL), Indian Railways had invited tenders for procuring around 4.87 lakh metric tonnes of rails to meet the growing demand for the product.