Apple also wants relaxation in the mandated 30 per cent local sourcing of components. 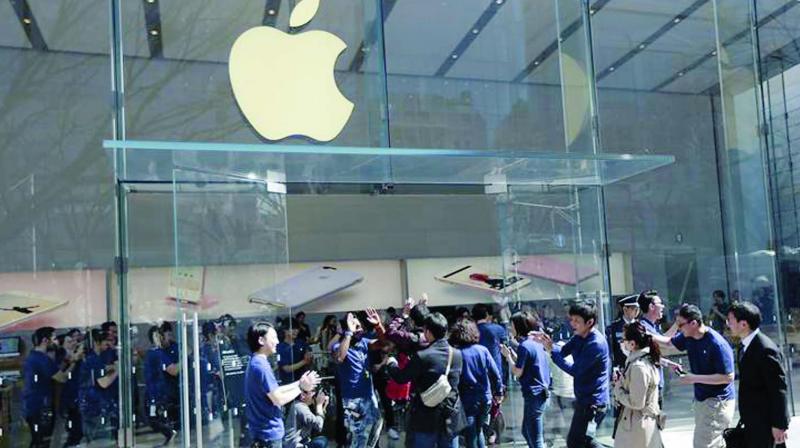 Government has not accepted 'most of the demands' of iphone maker Apple which wants to set up manufacturing unit in India. (Photo: AP)

New Delhi: iphone maker Apple has sought certain concessions for setting up manufacturing unit in India and the government is considering them, DIPP Secretary Ramesh Abhishek said on Thursday. There are already 90 phone companies manufacturing handsets in the country, he said.

When asked about Apple's proposals, Abhishek told reporters: "They are asking for certain exemptions. The government is considering it. But there are 90 manufacturers who are already manufacturing here. So Make in India is going quite strong."

In March, the then Commerce and Industry Minister Nirmala Sitharaman had informed the Rajya Sabha said that the government has not accepted 'most of the demands' of iphone maker Apple which wants to set up manufacturing unit in India.

Apple India has sought concessions including duty exemption on manufacturing and repair units, components, capital equipment and consumables for smartphone manufacturing and service/repair for a period of 15 years, she had said in a written reply.

In a communication to the government, the Cupertino-based technology major has asked for incentives from the Department of Revenue and Department of Electronics and Information Technology (DeITy).

Apple also wants relaxation in the mandated 30 per cent local sourcing of components. It also wants reduction in customs duties on completely- knocked-down and semi-knocked-down units of devices that are to be assembled in the country.

Further, when asked about US-based electric car major Tesla, he said that the company has not applied for cutting edge technology concessions and they have to abide by sourcing norms of the country.

As per current FDI policy, a foreign company that wants to set up single brand retail store would have to mandatorily source 30 per cent of goods from India. On the proposed industrial policy, Abhishek said that the ministry is having consultations with the stakeholders.

The ministry had constituted a task force chaired by V Kamakoti of IIT Madras to explore possibilities to leverage Artificial Intelligence (AI) for development across various fields. This committee is likely to take some time to submit its report, Abhishek said.

"Smart manufacturing being one of the major initiatives in industrial policy, we would like to give them enough time. The policy is going to be a trend setter and guiding stone for the next 10-15 years," he said on the sidelines of a World Economic Forum event.

"It is a very important policy. So we would like to give it enough time. The committee will be giving its report by November, I think," he said.

When asked about promoting investments in the country, he said that Invest India is promoting FDI proposals worth USD 85 billion.

"We are doing good job for investment promotion and we are working with states also that’s why FDI is increasing," he said.

On the ease of doing business, he said the DIPP has taken lot of steps to improve India’s ranking.

"This year we have done 200 reforms, which we have claimed to the World Bank," he added.