Fourth-quarter sales were estimated at 53 trillion won in the quarter, down 0.6 per cent on year. 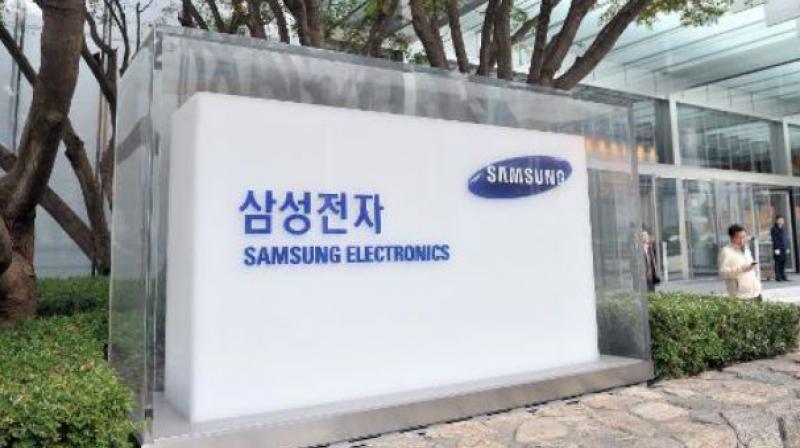 The world's largest memory chip maker estimated its operating profit in the October-December period at 9.2 trillion won ($7.8 billion), up 49.8 per cent from a year earlier.

Samsung Electronics Co Ltd said on Friday its fourth-quarter profit likely leapt 50 percent from a year earlier to its highest level in more than three years, beating expectations on strong chip sales and a smartphone rebound.

The upbeat outlook comes despite a slight fall in revenue and the anticipated $2.1 billion profit hit from the withdrawal of the fire-prone Galaxy Note 7 premium smartphone in October.

The guidance points to a more rapid recovery for the mobile business than many analysts had anticipated after one of the biggest product safety failures in tech history, and reflects steady price increases for memory chips.

"Samsung posted solid earnings only with sales of older smartphone models like the S7 after the Note 7's discontinuation," said Kim Sung-soo, a fund manager at LS Asset Management.

"This makes me have hopes for the (Galaxy) S8. Should they fare well, I expect Samsung to report record earnings this year."

The South Korean technology giant said October-December operating profit was likely 9.2 trillion won ($7.8 billion), the highest since the third quarter of 2013 and well above the 8.2 trillion won tipped by a Thomson Reuters StarMine SmartEstimate from a survey of 21 analysts. The estimate was also higher than any individual forecast in the survey.

The South Korean won's recent depreciation may have helped boost profits, some analysts said, as component sales are typically settled in US dollars. The local currency fell 8.8 per cent against the dollar in the fourth quarter.

Investors pushed Samsung shares up 43 per cent last year, betting the surge in demand for memory chips and organic light-emitting diode screens for smartphones will more than make up for the Note 7 setback and translate to strong earnings growth.

Samsung shares were up 2.1 per cent as of 0038 GMT, outperforming a 0.3 per cent rise for the broader market. The stock briefly traded at a record high of 1.831 million won on Tuesday.

The world's biggest maker smartphones, TVs and memory chips will not disclose detailed earnings, including the performance of its individual businesses, until late January.

Analysts expect Samsung's chip division to earn a record of more than 4 trillion won in operating profit in October-December thanks to strong demand from smartphone makers, including major client Apple Inc, and high-end data storage products.

The mobile division's quarterly profit is also expected to rebound from the third quarter, when the firm booked the bulk of its Note 7 losses, and post its first annual gain in three years thanks to healthy sales of Galaxy S7 smartphones.