USD 20 billion target by 2020 was loosely used to justify the pay increase to the CEO that lacked conviction. 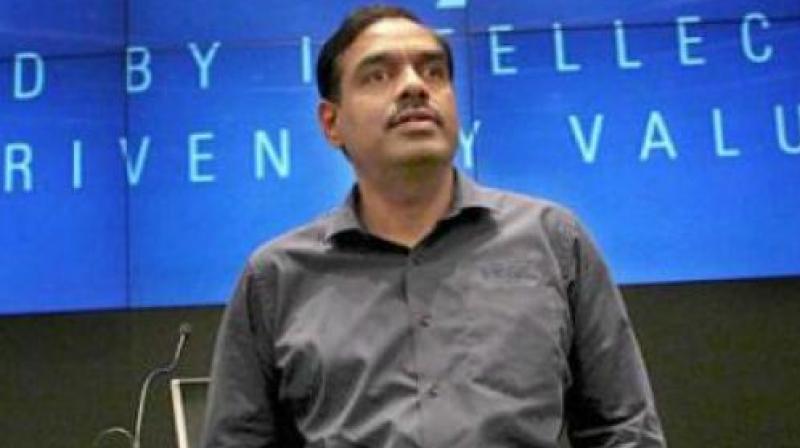 Bengaluru: Former Infosys Chief Financial Officer V Balakrishnan on Saturday praised the company's co-founder Nandan Nilekani for correcting the 'wrongdoings' committed by previous board, by fixing a reasonable salary for the incumbent CEO.

"I think the board under Nandan has done the right thing to correct the previous wrongdoings.. The salary structure for the current Chief Executive Officer Salil Parekh looks reasonable with a large part tied to variable salary with greater focus on long-term retention," he told PTI here.

Balakrishnan said it is important for the board to clearly articulate the performance metrics for the vesting of variable salaries to senior management.

"The metrics should have clear focus on increasing shareholders' value by achieving superior growth.. If the board wants to exercise any discretion it should be explained to the shareholders with proper reasoning," he said.

Elaborating on the 'wrongdoings' by the previous board, Balakrishnan said, "unfortunately, it never clearly understood the culture or value systems followed by Infosys under its founders, which resulted in excessive senior management salaries and a huge disconnect with rest of the organisation."

"The former CEO's (Vishal Sikka) salary was increased substantially without clear reason while the rest of the organisation had to contend with meager salary hikes and reduced variable compensation," he added.

The USD 20 billion target by 2020 was loosely used to justify the pay increase to the CEO that lacked conviction, Balakrishnan alleged. Recalling N R Narayana Murthy's views, he said excess in capitalism will make the acceptance of capitalism difficult to a large sections of the society.

"The CEO compensation should be reasonable enough to attract top talent while at the same time be comparable with peer group companies," the company's former CFO said.

"It should also reflect the realities within the organization otherwise selling it internally will be difficult," he added.

Balakrishnan also said when the founders ran the company, the senior management salaries were reasonable enough to attract top talent and were never considered excessive. Also, in difficult times, the leadership took the pain before it being passed on to rest of the organisation, he added.

"Leadership by example was practiced both in substance and form," Balakrishnan said.

He also said, "As a shareholder, I want the board to be restructured quickly with some members who were part of the earlier dispensation like the erstwhile co-chairman (Ravi Venkatesan) and audit committee chairman (Roopa Kudva) be replaced."

An effective board is the need of the hour to establish proper checks and balances that was lacking in the earlier dispensation, Balakrishnan said.