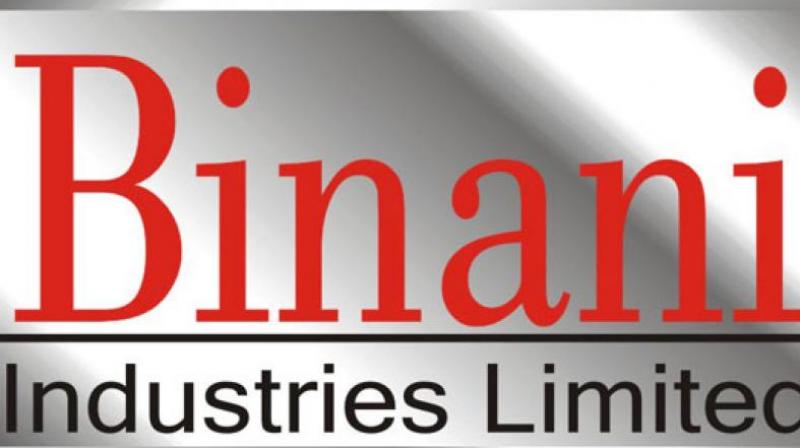 The ongoing Binani Cement insolvency case has taken a new twist with the operational creditors (OCs) of the debt-ridden firm terming the Dalmia Bharat offer for their outstanding dues as "pittance" and rejecting it outright, vowing to fight "tooth-and-nail".

Mumbai: The ongoing Binani Cement insolvency case has taken a new twist with the operational creditors (OCs) of the debt-ridden firm terming the Dalmia Bharat offer for their outstanding dues as "pittance" and rejecting it outright, vowing to fight "tooth-and-nail".

"The operational creditors (OCs) dues, in reality, are over Rs 700 crore. The total amount due to the OCs has been wrongly verified by the resolution professionals (RP) as Rs 503.37 crore of which Dalmia offers to pay just Rs 151 crore," Binani Operational Creditors Forum (BOCF) spokesperson Siddharth Tibrewal said in a statement here.

The the National Company Law Tribunal (NCLT) is slated to hear the case again on Monday.

"The entire Dalmia package is a cruel joke on us as most of us have patiently waited and worked with Binani to bring it to the stage of ongoing concern from its bankruptcy," added Tibrewal.

This assumes significance as the committee of creditors (CoC) has not taken any decision on an out-of-court settlement to the issue, as suggested by the NCLT, thus paving the way for the Dalmia offer going through the proceedings.

Binani Cement owes about Rs 7,000 crore to both financial and operational creditors. Even though Dalmia Bharat, with its offer of Rs 6,500 crore, had been voted as the highest bidder by lenders, things took a different turn when Binani Industries approached UltraTech to buy out its stake in Binani Cement for Rs 7,266 crore, which was UltraTech's increased offer for the asset and involved a 100 per cent payout to both secured and unsecured lenders.

Tibrewal said that the Dalmia Bharat has come to the conclusion that 98 per cent of the OCs or trade creditors have dues of under Rs 1 crore for whom the company offers full payment.

"We are aghast to see some of the provisions of the so-called settlement by Dalmia. "They are outrageous to say the least," he said and accused Dalmia and the CoC working hand-in-glove to the detriment of OCs' interest.

A group of OCs has already moved an intervention petition at the NCLT accusing the RP of ignoring their interest and seeking their involvement in the settlement proceedings. According to the statement, Dalmia has categorised the OCs as critical and non-critical.

Those who are related to Binani are treated as non-critical and will get a nil amount, while those who are key to Binani business viability with whom the company may continue to have dealings are termed as critical, it added. Tibrewal vowed to fight till they get justice.

"We are not asking for any charity, we want our rightful dues. We have full faith in the judiciary and we look forward to justice," he added.