Head Hunters India's comment comes after domestic IT giants TCS and Infosys announced they will be hiring 20,000 people. 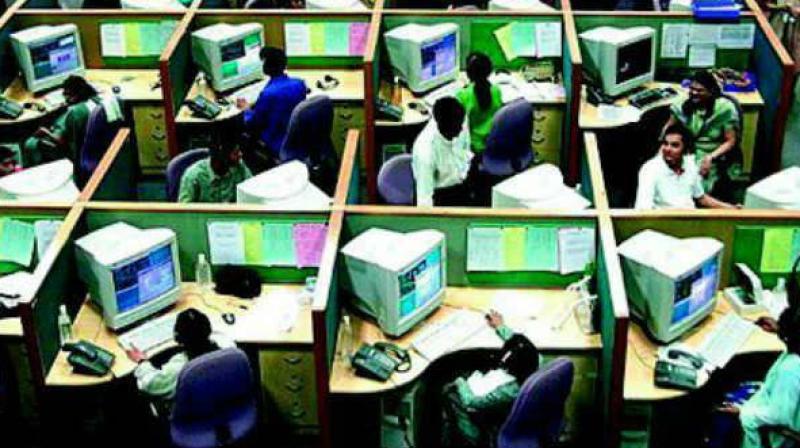 Bengaluru: Executive search firm, The HeadHunters India today said the recent announcements of Infosys and TCS to hire 20,000 professionals each, apparently done to assuage the tension about IT industry's capabilities to be a net employment generator, is not rooted in reality.

"Recently, domestic IT giants, Infosys, TCS, announced that they will be hiring 20,000 professionals each, thus apparently reducing the tension about IT industry's capabilities to be a net employment generator. A closer examination reveals that it is not rooted in reality," The Head Hunters India Founder Chairman Kris Lakshmikanth told PTI.

Lakshmikanth said the close examination of Infosys hiring forecast of 20,000, reveals a hiring of approximately 9,000 in India, as Infosys CEO Vishal Sikka had already made a public announcement of 10,000 hires in USA and another 1,000 approximately in rest of the World. On May 2, Sikka had announced that the IT giant will hire 10,000 Americans in the next two years and open four centres in the US in a bid to woo Donald Trump administration, which has been critical of outsourcing firms for unfairly taking jobs away from US workers.

The 10,000 people that will be hired will include experienced technology professionals and recent graduates from major universities, and local and community colleges. Infosys will also train them on key competencies such as user experience, cloud, artificial intelligence, big data and digital offerings, as well as core technology and computer science skills.

The trend of lower employee additions and shifting of workload away from human beings on to 'intelligent computers' is not confined to TCS. Others such as Infosys and Cognizant have also been working on using artificial intelligence to replace humans, Lakhsmikanth said."We have to live with automation, digital and immigration challenges," he added.

Talking about this year's outlook, Lakhsmikanth said, the Indian IT industry is likely grow 8-9 per cent in FY2017 and could grow at the same pace or accelerate in FY 2018.