Qatar Airways will soon apply for launch of an Indian airline: Al Baker

Qatar Airways operates more than 200 aircraft and flies to over 150 destinations across six continents. 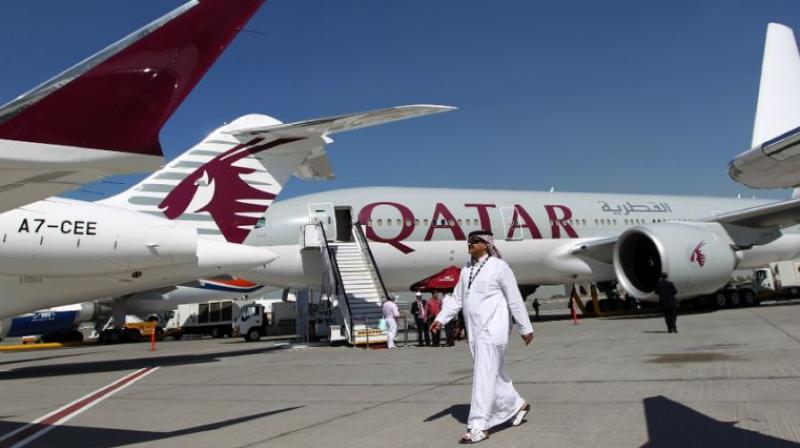 Sydney: Qatar Airways will “soon” move an application to launch a full-service airline in India for domestic operations, according to its chief Akbar Al Baker. He said the proposed airline would be fully financed by Qatar's sovereign fund. It would have Indians heading the board and as most of its members.

Baker, who has been Qatar Airways' Group Chief Executive for over two decades, was elected as the Chairman of the Board of Governors of the International Air Transport Association (IATA) on Tuesday.

"We will move the application soon. I don't know really by when because it (the process) takes time,” he told PTI on the sidelines of the IATA Annual General Meeting here when asked by when the application for a licence would be moved.

Noting that the process is on track, he said the proposed carrier in India would be a full-service one and the investment would be done from the sovereign fund of Qatar's official investment arm. Qatar Investment Authority manages the sovereign wealth fund of the State of Qatar.

It was set up in 2005 to manage the oil and natural gas surpluses and its assets under management are estimated at USD 335 billion, a lot of which have been invested overseas for a variety of purposes.

It was in March 2017 that Baker first mentioned about its plans for a carrier in India. In February this year, he had said it plans to launch an airline in India with at least 100 planes.

"I will not tell you what types of aeroplanes we will deploy in India but as you may remember we said that we will launch an airline in India which will have a fleet of at least 100 aircraft," he had said.

Last December, the airline had said it would like to add more flights to India in the future as the country is an economic superpower and an important destination for it.

India has permitted foreign investors, barring foreign airlines, from owning up to 100 per cent stake in local carriers.

While a foreign airline can hold up to 49 per cent stake, foreign investment arms can own the remaining part. Currently, there are three full service carriers in India -- Air India, Jet Airways and Vistara Airlines.

Al Baker became Qatar Airways' Group Chief Executive in 1997. Qatar Airways operates more than 200 aircraft and flies to over 150 destinations across six continents, as per the airline's website.