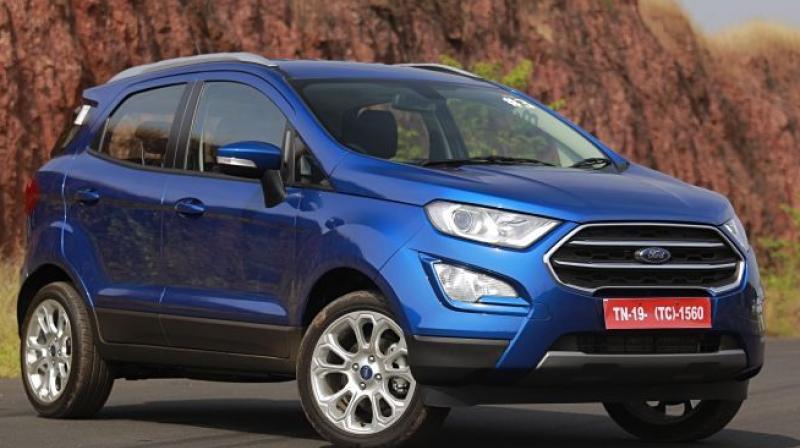 The company said it is also writing to owners of 1,018 EcoSport vehicles, manufactured between November 2017 and December 2017.

EcoSport produced at the company's Chennai plant between May 2017 and June 2017 numbering 4,379 units are being inspected for weld integrity of the front lower control arm, the company said in a statement.

"The weld strength on some of these vehicles may be below Ford specifications, which in rare cases, can potentially affect steering control," it added.

A control arm set connects the front suspension of the vehicle to its frame.

The company said it is also writing to owners of 1,018 EcoSport vehicles, manufactured between November 2017 and December 2017, to inspect their cars for driver and front passenger seat recliner locks.

The voluntary inspections are in line with the company's commitment to deliver world-class quality vehicles to its customers, Ford India said.