Companies experienced a drop of 5,436 approved petitions (37 per cent) in 2016 as compared to the previous year. 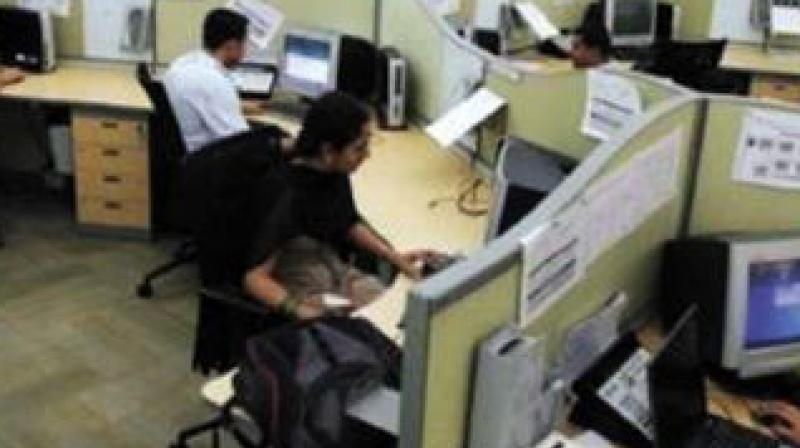 According to the report, the number of approved new H-1B petitions for Tata Consultancy Services (TCS) declined by 56 per cent from FY 2015 to FY 2016.

Washington: Top seven India-based IT companies in the US collectively experienced a whopping 37 per cent drop in approved H-1B visa petitions in 2016 as compared to the previous year, according to a new report that comes amid the Trump administration's crackdown on the "visa abuse".

The companies experienced a drop of 5,436 approved petitions (37 per cent) in 2016 as compared to the previous year, said a report by the National Foundation for American Policy -- a Washington-based non-profit think-tank.

It said that the 9,356 new H-1B petitions for the top seven India-based companies approved in fiscal 2016 represent only 0.006 per cent of the US labour force.

"While the threat of job loss has long been exaggerated by critics, it reaches illogical proportions when discussing fewer than 10,000 workers in an economy that employs 160 million workers nationwide," the National Foundation for American Policy said in a statement after releasing the report.

The report comes after US President Donald Trump signed an executive order in April for tightening the rules of the H-1B visa programme to stop "visa abuses".

Trump said his administration is going to enforce 'Hire American' rules that are designed to protect jobs and wages of workers in the US.

The executive order also called upon the Departments of Labour, Justice, Homeland Security, and the state to take action against fraud and abuse of the US' visa programmes.

"The drop in new H-1B visas for India-based companies, which is expected to continue when data are released on cases filed in April 2017 for FY 2018 start dates, is due to industry trends toward digital services such as cloud computing and artificial intelligence, which require fewer workers, and a choice by companies to rely less on visas and to build up their domestic workforces in the US," the report said.

"H-1B petitions approved for initial employment in FY 2016 were filed by employers in April 2016, which means the drop in H-B visa use by these companies is not due to Donald Trump's election.

"In the past, US policymakers have used the number of visas going to India-based companies as a political or policy reason to propose new immigration restrictions and to not raise the low annual supply of H-1B visas, which has been exhausted every year for the past 15 fiscal years," said NFAP executive director Stuart Anderson, former head of policy at the Immigration and Naturalisation Service under President George W Bush.

An analysis of US Citizenship and Immigration Services (USCIS) data on FY 2016 H-1B petitions shows, similar to FY 2015, approximately 25,000 different US employers hired at least one high-skilled foreign national on a new H-1B petition in 2016.

Employers in manufacturing include Tesla Motors with 108 approved new H-1B petitions and Cummins with 197.

National Foundation for American Policy said the April 2017 unemployment rate in the US for "computer and mathematical science" occupations was 2.5 per cent - a very low rate, even lower than the 4.4 per cent for "all occupations," according to the Bureau of Labour Statistics data.

The unemployment rate for "architecture and engineering" occupations is even lower at 2.1 per cent, it said, adding this illustrates a disconnect between reality and claims that high-skilled foreign nationals are preventing US workers from pursuing careers in tech fields.

According to Code.org, Bureau of Labour Statistics data indicate there will be "1.4 million more software development jobs than applicants who can fill them by 2020...and there are more than 500,000 open computing jobs nationwide."

An analysis by Glassdoor shows 9 of the 10 highest paying majors for US students 5 years out of college are in STEM (science, technology, engineering and math) fields, the report said.

The report disputed the figures of the Trump administration that about 80 per cent of the H-1B workers are paid less than the median wage in their fields.

"This statistic is misleading as it relies on a Department of Labour database that includes multiple applications for the same individuals, since a new filing is generally required when an H-1B professional moves to a new area," the report said.

That means it "double or triple counts anyone who works in more than one geographic location (primarily younger workers sent to multiple offices)." Moreover, it may not reflect what employers actually pay individual workers, only the minimum required to be listed for government filing purposes.

The foundation argued that H-1B temporary visas are important as they are typically the only practical way a high-skilled foreign national working abroad or an international student educated in the United States can work longterm in America.

At US universities, 77 per cent of the full-time graduate students in electrical engineering and 71 per cent in computer science are international students.

Reforms to increase the labour mobility of H-1B visas, raise the employment-based green card quota and eliminate the per country limit would be welcome but are not currently on the agenda. New restrictions on high-skilled immigration are more likely, it said.

"The United States should maintain an openness toward high-skilled immigration or those options likely will not be in America," he added.