Trai to meet telcos next week on sector's financial stress

Key demands of the industry including reduction of licence fee and spectrum charges have already been favoured by the Trai. 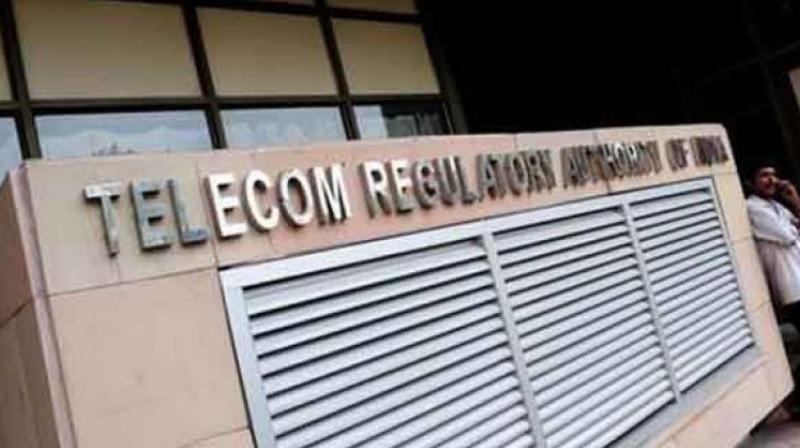 The gross liability of the telecom industry on account of debt as well as payments related to spectrum has been estimated at a whopping Rs 7,75,000 crore.

New Delhi: Regulator Trai is set to meet telecom operators next week to discuss the financial pain in the sector and seek suggestions on measures that can be taken to ease the situation.

The meeting by the Telecom Regulatory Authority of India (Trai) comes at a time when an inter-ministerial panel, too, is looking for ways to resolve the financial stress in the industry that is confronted with revenue and profitability pressures and mounting debt.

Trai sources told PTI that the regulator has called a meeting of all operators on June 15. It is also learnt that two operators including Vodafone have asked the regulator to look at a meeting on June 16 instead, as their top brass will be travelling to Delhi at that time for consultation with the inter-ministerial panel.

During the upcoming meeting with the Trai Chairman, the operators will be asked to suggest measures that can be taken by the regulator to ease the financial situation in the industry.

As it is, some of the key demands of the industry including reduction of licence fee and spectrum charges have already been favoured by the Trai.

"The idea of the meeting is to understand from the operators, what more can be done," a senior official said. Meanwhile, an open house discussion - essentially an interactive dialogue that operators hold with regulator - on the contentious issue of Interconnection Usage Charges or IUC, has been postponed for now.

The open house was earlier scheduled to be held on June 15. The coming weeks will be crucial for the industry, and sector investors and analysts will be keenly watching for cues on relief measures being proposed.

The inter-ministerial panel - comprising officials from the telecom department and Finance Ministry - will hold a string of meetings with the operators between June 12-16. After this, Telecom Minister Manoj Sinha is likely to meet promoters of telcos on June 22-23 to take stock of the crisis in the sector.

The gross liability of the telecom industry on account of debt as well as payments related to spectrum has been estimated at a whopping Rs 7,75,000 crore, as on March 31, 2017.

A recent investor presentation by Reliance Communications has warned that the sector could be staring at 30,000 to 40,000 job losses over the next 12-18 months.

Incidentally, India, with over 1.16 billion mobile users is the second largest telecom market in the world, after China. But telecom operators lament they are facing pressure on income, profitability and other financial metrics on account of competition intensified by the entry of Reliance Jio -- owned by Mukesh Ambani.

Debt-laden Reliance Communications, that has been reeling under a slew of rating downgrades over the last few days, reported its first annual loss since its inception of Rs 1,283 crore for the fiscal ended March 2017.