The back of the smartphone features a cutout for dual cameras on the top left corner, followed by the Tesla logo. 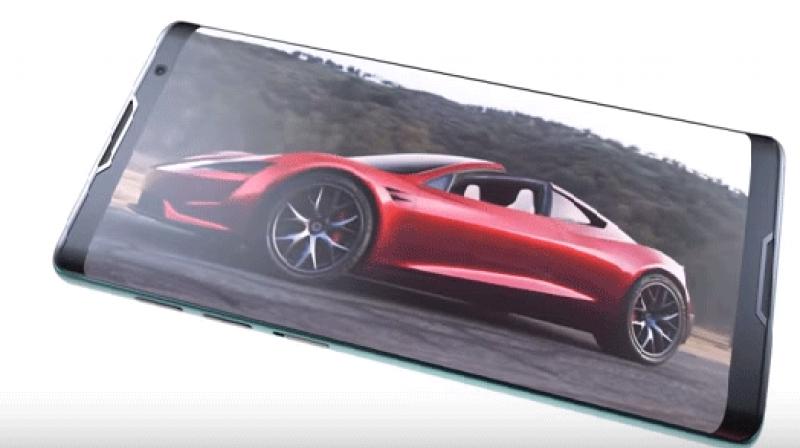 It seems Tesla is eyeing a spot in the smartphone market, after carving a niche in premium electric cars and attempting space exploration with SpaceX projects, as per a leak. (Photo: Youtube)

New Delhi: Since Tesla already sells branded gadgets like an external battery, why not a smartphone?

It seems Tesla is eyeing a spot in the smartphone market, after carving a niche in premium electric cars and attempting space exploration with SpaceX projects, as per a leak.

Pictures of the phone’s front and rear panels were shared online on leaks repository SlashLeaks. The core design and format feel like the Galaxy S8 a bit, but with a trademark “V” shaped area at the back, where the Tesla logo sits.

The screen is gently curved to the sides, but somehow in a way that’s unlike the Galaxy S7 Edge, Note 8 or S8. There are dual slits/cutouts upfront for the speakers and there’s something about this phone that screams “gaming” to me.

The phone, as per the leak, is reportedly codenamed ‘Quadra’ and features latest design trends such as a bezel-less design with a top display notch.

This notch will possibly accommodate the earpiece, ambient light and proximity sensors and a front camera. The bottom bezel looks much thinner than other smartphones out there, which essentially means a higher screen-to-body ratio.

The back of the smartphone features a cutout for dual cameras on the top left corner, followed by the Tesla logo, and what looks like a G4 branding. The bottom half has a cutout strip, possibly for the speaker grill.

These are the only details that could be decoded from the current batch of leaked photographs and specs such as RAM, processor or camera are unknown. Tesla is known for its electric sedans and SUVs, and is also the company behind some other ambitious projects like the Hyperloop public transportation system.

However, it is prudent to hold the horses right now while looking at these leaks. But if these leaks turn out to be true, then big smartphone giants will be looking at some more competition – and more importantly – Musk’s entry into the smartphone business.