Tata Steel had posted a consolidated net profit of Rs 1,753.07 crore during the same quarter a year ago. 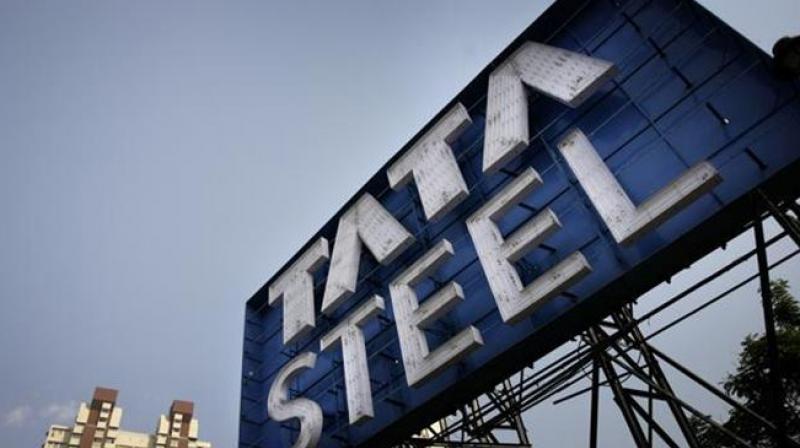 New Delhi: Tata Steel on Friday reported a consolidated net loss of Rs 1,228.53 crore for the quarter ended on December 31, 2019, mainly due to lower sales and impairment provisions for its European operations.

Tata Steel had posted a consolidated net profit of Rs 1,753.07 crore during the same quarter a year ago, the company said in a BSE filing.

"During the quarter, NatSteel Holdings Pte Ltd, a wholly-owned indirect subsidiary of the company, disposed of its entire stake in Nat Steel Vina Co. Ltd. The loss on disposal of the subsidiary is included within profit/(loss) from discontinued operations," Tata Steel said in a statement.

The company said during the third quarter global economic growth further slowed down amidst heightened concerns of US-China trade war and regional steel prices were down as steel demand was affected by weaker industrial output in key markets.

In Europe, the overall slowdown was more pronounced due to seasonal weakness and elevated levels of unfairly priced imports.

Revenue from operations decreased to Rs 13,821 crore during the quarter under review primarily due to sharp decline in European steel prices, resulting in loss of Rs 956 crore at EBITDA (earnings before interest, taxes, depreciation, and amortization) level.

"Tata Steel Europe has refinanced its euros 1.75 billion external borrowings. The refinancing was at more flexible terms and better pricing, and has also improved the debt maturity profile," the company said.

In India, Tata Steel said the Indian economy remained weak during the quarter and domestic steel prices reached a nadir in October 2019. However, steel prices are on an upward trend since November with inventory rationalization and an increase in government spending.

Tata Steel's standalone profit dropped to Rs 1,803.83 crore in the quarter from Rs 2,456.09 crore in the year-ago period due to exceptional items such as high employee separation compensation and provision for demands and claims.

In India, the company's business model helped counter the slowdown as it successfully penetrated new markets and expanded customer universe. The company was also able to maintain sales to the auto segment despite the sluggishness faced by the auto industry.

"Both our acquisitions, Tata Steel BSL and Tata Steel Long Products, continue to deliver operational improvements and achieve milestones in the market place.

"However, our European operations made a loss as it felt the brunt of the overall slowdown and the consequent shrinking of spreads. This adversely affected our consolidated performance. Steel demand in India is expected to improve on the back of increasing government spending and a revival in the broader economy. Coronavirus does pose a risk and we are closely monitoring the fallout," he said.

On Europe operations, he said Tata Steel Europe reported a loss of Rs 956 crores at EBITDA level primarily due to GBP 75/tonne decline in realisations, which weighed down the company's consolidated performance.

"During the quarter, we succeeded in delivering working capital improvements which helped in generating cash flows in excess of Rs 6,000 crore. This helped us reduce our net debt during the quarter by Rs 2,324 crore. Our liquidity remains robust at Rs 14,027 crore comprising of cash and cash equivalents of Rs 5,239 crore and undrawn bank lines," he said.

Tata Steel's consolidated steel production during the December quarter was at 6.99 million tonne (MT) as compared to 6.71 MT in the same quarter a year ago.