In the IPO, Bandhan bank will sell up to 97.7 million new shares. 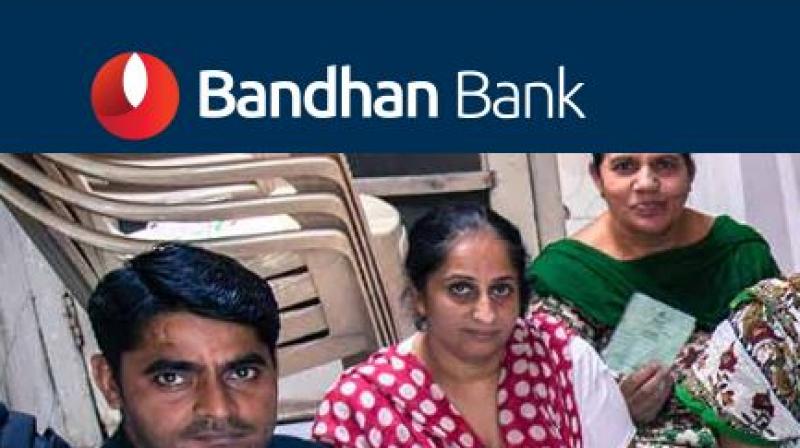 Mumbai: Private-sector lender Bandhan Bank Ltd will launch an up to 44.73 billion rupee ($688.6 million) initial public offering of shares on March 15, in what will be the biggest initial share sale by an Indian bank.

The Kolkata-based bank and its shareholders will be selling up to 119.3 million shares, or about 10 per cent of the post-issue share capital of the bank, in a price range of 370 rupees to 375 rupees each in the IPO, according to a prospectus and public notice on Thursday.

Bandhan, formerly a microfinance company specialising in small-value loans, and IDFC Bank were the only two companies to win bank permits from the Reserve Bank of India in 2014, the first bank licensing process in a decade.

Bandhan Bank, which started operations in August 2015, currently has 893 branches across India, with deposits of more than 272.3 billion rupees ($4.2 billion) and outstanding loans of 263.78 billion rupees, according to its website.

For the nine months to end-December 2017, it reported a net profit of 9.6 billion rupees and about 11 billion rupees in the full year to March 2017, Bandhan, which also counts Singapore state investor GIC among its investors, said in the prospectus.

Bandhan’s planned IPO is also the biggest in the Indian market so far in 2018, after last year’s record of about $11 billion in funds raised from initial share sales.

The IPO, however, comes at a time when Indian stock markets have corrected nearly a tenth from record highs reached in late January.

Banks, in particular, have been hit by worries over rising bad loan provisions and a sprawling $2 billion fraud in state-run Punjab National Bank.

In the IPO, Bandhan bank will sell up to 97.7 million new shares. Its shareholders International Finance Corp, part of the World Bank Group, and IFC FIG will sell 21.6 million shares in the sale that will close for subscription on March 19.