IT sector companies’ revenue and profit growth could vary with company for the fourth quarter, analysts said. 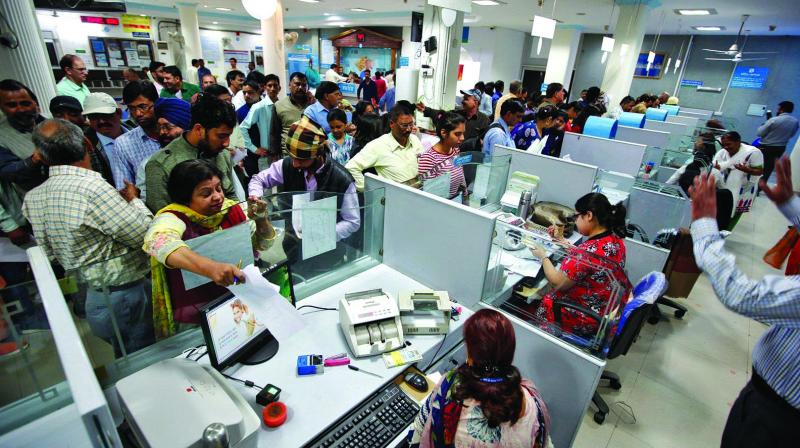 Wipro, HDFC Bank and ICICI Lombard General Insurance will announce their fourth quarter performance next week while Axis Bank and RBL Bank will declare their Q4 results before the end of this month.

Mumbai: The fourth quarter earnings season will kick off this week with IT majors Infosys and Tata Consultancy Services coming out with their January-March quarter (Q4) and annual financial results (FY19) on April 12.

Wipro, HDFC Bank and ICICI Lombard General Insurance will announce their fourth quarter performance next week while Axis Bank and RBL Bank will declare their Q4 results before the end of this month.

IT sector companies’ revenue and profit growth could vary with company for the fourth quarter, analysts said.

“March is a seasonally weak quarter for IT companies. Yet we expect a steady quarter with strong growth from Infosys, TCS and HCL Technologies and muted growth for Wipro and Tech Mahindra, as growth will be led by ramp-up of large deals won by companies over the past two quarters. All companies reported strong deal flow in the December 2018 quarter,” Kotak Securities said.

Analysts at brokerage Motilal Oswal expect aggregate rupee revenue and profit after tax of 17.7 per cent and 12.6 per cent year-on-year for IT companies under their coverage universe.

“We expect the trend of unanimous acceleration to soften, with only Infosys and HCL Technologies likely to witness substantial acceleration,” Motilal Oswal analysts said.

“The top-5 IT firms are likely to post 2 per cent-3 per cent quarter-on-quarter US dollar and constant currency revenue growth, with HCL Technologies likely to lead the pack,” said Reliance Securities.

After IT companies, the market will be keenly watching the performance of banks, as share prices of private banks have already shot up, anticipating good performance in the just ended quarter.

“We expect robust year-on-year growth in the net income of banks supported by strong loan growth and improvement in asset quality further aided by a feeble base quarter,” Kotak Securities said in its earnings preview.

“The banking sector… has seen consistent improvement in operating metrics in the last three quarters. We expect the sector to report healthy operating metrics and profitability to grow sequentially,” said Reliance Securities.

“In the recent past, growth has moderated across key auto segments–passenger vehicles, tractors and commercial vehicles as demand was hit by increase in purchase costs and tonnage rules. Thus, disbursement is likely to be lower sequentially and could impact overall assets under management (AUM) growth of Mahindra & Mahindra Financial Services and Sundaram Finance. This, coupled with tightened liquidity and consequent impact on incremental borrowing cost could impact net interest margin (NIM),” Centrum Broking Research said.