Ambuja,ACC shares go up after deciding to explore merger

The step has been taken with view to combining the strengths of both businesses. 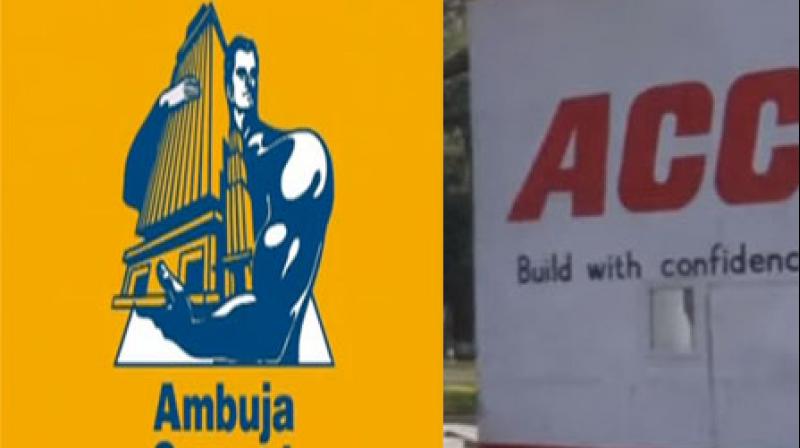 New Delhi: Shares of Ambuja Cements and ACC Ltd surged up to 10 per cent today after both the companies decided to explore merger between them. Ambuja Cements' stock zoomed 9.82 per cent to Rs 270.50 on BSE.

Shares of ACC climbed 5.95 per cent to Rs 1,753.85 – its 52-week high. ACC Ltd and Ambuja Cements -- the two Indian units of the world's largest cement producer LafargeHolcim -- have decided to explore merger between them, ending months of speculation.

The boards of the two companies, at their separate meetings on Friday, decided to commence an evaluation of a potential merger. The step has been taken with view to combining the strengths of both businesses so as to benefit all stakeholders, the two companies said in separate statements.

If the proposed merger goes through, the combined entity will have a turnover of over Rs 20,425 crore based on their respective revenues in 2016.