Musk announced on Twitter on Tuesday that he was considering taking Tesla private for USD 420 per share. 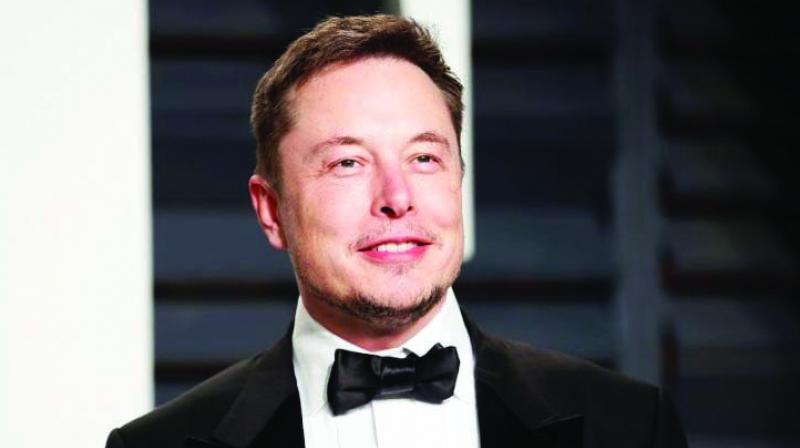 The Tesla Inc CEO is looking to reengineer how a company can be taken private.

Billionaire investor Elon Musk has always done things his own way, from designing space rockets to manufacturing electric cars. Now the Tesla Inc CEO is looking to reengineer how a company can be taken private.

Musk announced on Twitter on Tuesday that he was considering taking Tesla private for USD 420 per share, or USD 72 billion, in what would be the biggest deal of this kind. He said the funding for the deal was secured, but did not provide details. Tesla shares ended up 11 per cent at USD 379.57, indicating investors gave some credence to the plan.

But investment bankers and analysts reacted with skepticism, telling Reuters it would be hard for Musk, whose net worth is pegged by Forbes at USD 22 billion, to raise the equity and debt financing needed for the deal given Tesla is not turning a profit.

Finding equity partners and bank financing is key to take-private deals. When Michael Dell took his eponymous computer maker private for USD 24.9 billion in 2013, for example, he brought in buyout firm Silver Lake that contributed USD 1.4 billion in equity, raised more than USD 10 billion in bank debt, and received a USD 2 billion loan from Microsoft Corp.

When a Twitter user commented on Musk’s proposed deal by posting “Just like Dell did. It saves a lot of headaches”, Musk responded by tweeting “Yes”.

Dell’s take-private deal, however, may not be possible to replicate with Tesla, which has a USD 10.9 billion debt pile, is losing money, and whose bonds are rated junk by credit ratings agencies. Without the ability to add more debt, Musk may have to turn to sources of capital that are less accustomed to using debt to juice returns in the way private equity firms are.

One option could be sovereign wealth funds, investment bankers said.

Saudi Arabia’s Public Investment Fund (PIF) has taken a stake of less than 5 percent in Tesla, a source familiar with the matter said on Tuesday. PIF did not respond to a request for comment on whether it would bankroll Musk’s take-private deal.

SoftBank Group Corp’s USD 93 billion Vision Fund, whose investors include the sovereign wealth funds of Saudi Arabia and Abu Dhabi, is seen as an obvious partner given its appetite for big technology investments, but was not contacted by Musk and is not interested in a deal given its investment in Tesla competitor Cruise, the self-driving car unit of General Motors Co, according to a source familiar with the matter. SoftBank declined to comment.

China’s Tencent Holdings, which took a 5 per cent stake in Tesla last year, is another possible partner. However foreign capital sources would be subject to scrutiny by the Committee on Foreign Investment in the United States, which reviews deals for potential national security risks. Any proposal for funding from Chinese firms could face even tougher checks amid mounting US-China trade tensions.

Many attempts by founders and top executives to take their companies private have never come to fruition. In March, Qualcomm Inc Chairman Paul Jacobs stepped down from the board to pursue a long-shot take-private bid for the US chip maker, which has a market capitalization of USD 93 billion. To date, this bid has not materialized.

US department store operator Nordstrom Inc’s attempt to go private also failed earlier this year, after banks balked at providing the necessary financing to the founding family members seeking to put together the deal.

Musk has said he would be looking to keep his ownership of Tesla at around 20 per cent and that a special purpose vehicle, like the one that exists at his aerospace company SpaceX, would allow Tesla shareholders to remain invested if they so choose, and then cash out when they wanted.

But sources familiar with SpaceX told Reuters it is not clear how Musk would apply it to Tesla. Fidelity Investments, the major backer of SpaceX, did not invest in it through a special purpose vehicle, according to the sources.

Fidelity declined to comment, while SpaceX and Tesla did not immediately respond to requests for comment. SpaceX only has a limited number of shareholders, who often choose to sell on their shares in the private market.

By contrast, allowing thousands of Tesla shareholders to remain invested through a special purpose vehicle would essentially mean that shares in that new vehicle are publicly traded in some way.

Even if such a deal was cobbled together, it is not clear whether so-called “liquidity events”, that Musk said he organizes at SpaceX every six months, would be sufficient for all existing Tesla investors to cash out. “To have a deal of this size, that’d be unprecedented as far as I can remember,” Kaplan said.