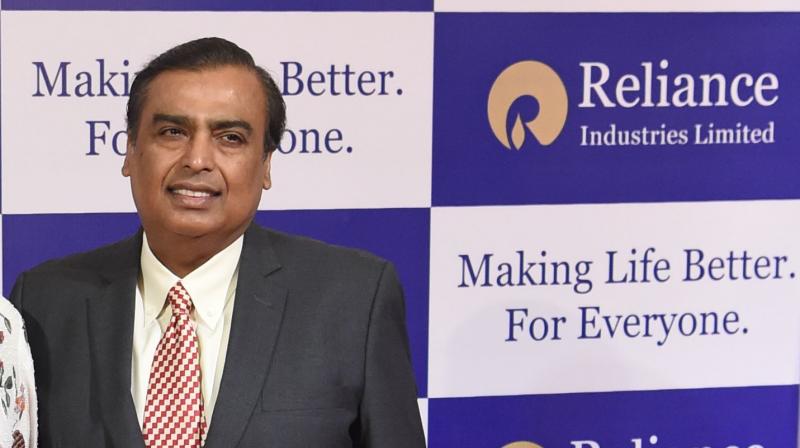 RIL has started work on hiving off the oil-to-chemical (O2C) business into a separate unit for a possible stake sale to companies such as Saudi Aramco.

Reliance O2C Ltd will house oil refining and petrochemical plants and manufacturing assets, bulk and wholesale fuel marketing, and RIL's 51 per cent interest in retail fuel joint venture with BP of the UK, according to the Scheme of Arrangement.

It would also house Reliance Ethane Pipeline Ltd that operates a pipeline between Dahej in Gujarat and Nagothane in Maharashtra as well as 74.9 per cent stake that RIL holds in the joint venture with Sibur.

RIL's very large ethane carriers, gas pipelines such as one that transports coal-bed methane from its CBM blocks, overseas oil and gas asset holding company Reliance Industries (Middle East) DMCC, and domestic exploration and production assets would not form part of the O2C unit, it said.

Also, RIL's textiles business as operated out of the Naroda site, Baroda township and land, including cricket stadium, Jamnagar power assets, and Sikka Ports and Terminals Ltd would also not be part of the O2C unit.

RIL values the O2C business at USD 75 billion and has been in talks with Saudi Arabian Oil Co (Aramco) for sale of a 20 per cent interest.

"The nature of risk and returns involved in the O2C business are distinct from those of the other businesses of RIL and the O2C business attracts a distinct set of investors and strategic partners," the company said detailing the rationale for hiving off the businesses.

RIL said it has been exploring various opportunities to bring in strategic/other investors in the O2C business.

"Investors have expressed interest to make an investment in the O2C business," it said without giving details.

At the firm's annual general meeting in July, the richest Indian and RIL chairman and managing director, Mukesh Ambani had stated that the process of spinning of O2C into a separate subsidiary would be completed by early 2021.

RIL owns and operates twin oil refineries at Jamnagar in Gujarat, with a combined capacity of 68.2 million tonnes per annum.

The refineries, as well as the petrochemical plants, would now be housed in Reliance O2C Ltd, it said, adding the ultimate ownership won't change as a result of the plan.

The company holds a 66.6 per cent stake in the KG-D6 block where it is investing about USD 5 billion in developing a second set of gas discoveries along with BP. It also has a similar stake in the NEC-25 block in the Bay of Bengal and operates two CBM blocks in Madhya Pradesh. These upstream assets would not be transferred to the O2C unit.