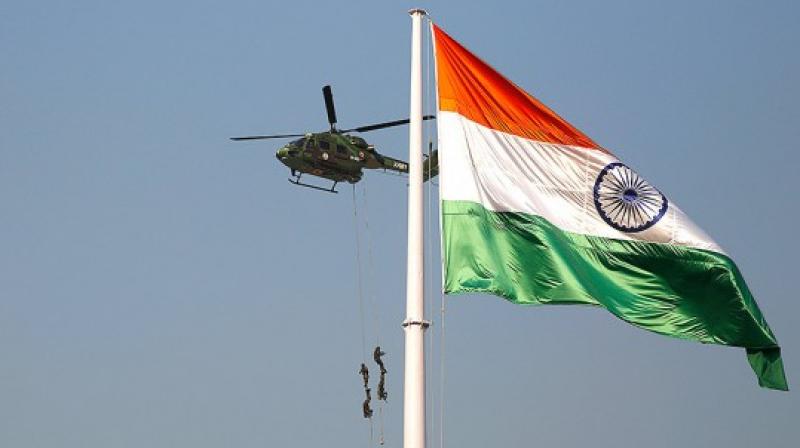 Indian army soldiers perform at the DefExpo in Lucknow held in the first week of Feb 2020. AP file photo

“Every year the government is doing capital allocation. They are spending,” he said.

The military is also looking to buy submarines, warships and battlefield communication systems. But these have made little headway.

Airbus is offering to set up an assembly line in India in partnership with the Tata Group to produce the C295W military transport aircraft as a replacement for Indian Air Force’s Avro fleet.

The 120 billion rupee Avro replacement programme has been in the pipeline for almost a decade.

Airbus on Thursday signed a memorandum of understanding (MoU) with India’s Adani Aerospace and Defence, part of the diversified Adani Group, for aircraft services in India and South Asia.

Boeing, which has pitched its F/A-18 Block III Super Hornet fighter for the India air force and navy and is competing with Lockheed Martin’s F-21, said it plans to push India’s armed forces’ drive for modernisation through a suite of five products - the Super Hornet, KC-46 tanker, P-8I aircraft, AH-64E Apache and CH-47(I) Chinook helicopters.

The company said it wants to build a global defence and aerospace ecosystem “that creates jobs and industrial capacity with Make in India,” said Salil Gupte, president, Boeing India in a statement during the exhibition.

Boeing and Lockheed will be competing with Sweden’s Saab AB with its Gripen fighter and France’s Dassault Aviation SA Rafale and Russian fighter aircraft.

Lockheed Martin, as part of its fighter jet F-21 proposal for the Indian Air Force, signed an MoU with Bharat Electronics Ltd on Friday to explore industrial opportunities around the F-21 fleet, which is essentially building up a spare and supply ecosystem.

The three aerospace giants, with huge displays at the Defence Expo 2020 held in the northern city of Lucknow, displayed miniaturised versions of the latest aircraft and helicopters that they have pitched to India.

Another French defence firm, Dassault, which recently delivered its first Rafale aircraft to the government in October under a contract to supply 36 units, said it is developing its facility in central India to make the Rafale jets in the subcontinent.