The companies are poised to grow at 40 per cent over the next four years due to initiatives taken by government. 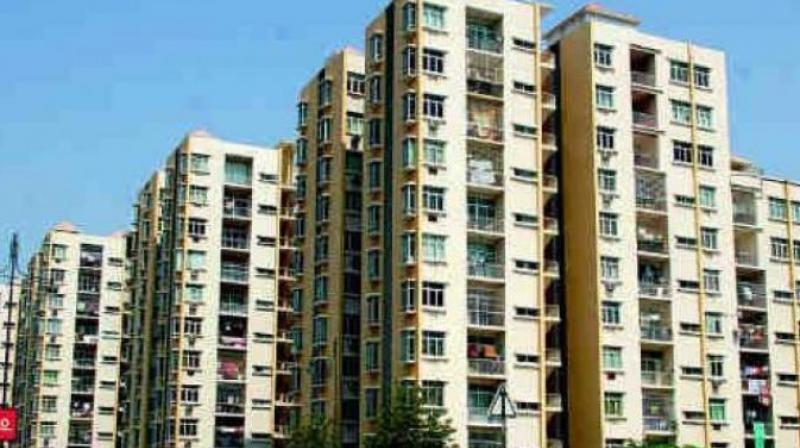 Mumbai: Pure-play affordable housing finance companies are poised to grow at a CAGR of 40 per cent over the next four years, mainly on the back of the initiatives taken by government to give a boost to the sector under its housing for are poised all by 2022 programme, says a report.

According to a Crisil report today, new pure-play affordable home loan players have seen their assets under management jumping 50 per cent to Rs 23,000 crore as of March 2017, from Rs 15,000 crore in March 2016.

"We expect AUMs of these new companies to grow at a CAGR (compounded annual growth rate) of 40 per cent over the next four years, compared with 17-18 per cent expected for the housing finance sector as a whole.  A quarter of home loans today are for affordable housing," Crisil said in a note.

The high growth has also led to increase in market share of these new players in the overall segment from 10 per cent as in March 2016 to 15 per cent in March 2017. Crisil defines affordable housing loans as those with a ticket size of under Rs 15 lakh.

The facilitations that have spurred growth include government's 'housing for all by 2022' scheme under the Prime Minister's Awas Yojna (PMAY), the grant of infrastructure status to affordable housing, allowing additional investment limits to debt mutual funds to invest in housing finance companies, and lower risk weights for small ticket housing loans, Crisil noted.

The agency said the upshot has been three-pronged which includes existing players have seen capital infusions, more new players are entering the fray, and for borrowers, affordability has improved.

"Many of the new pure-play affordable housing loan companies are backed by private equities or strong promoters. Over Rs 2,000 crore of capital has been infused over past five years into these companies, with the number of PE players investing more than quadrupling from four to 18," the agency said.

According to Crisil, these companies will need another Rs 1,500 crore of growth capital over the next three years. "The underlying borrower profile in the affordable housing finance segment has led to sharply differentiated portfolio characteristics for these players compared with the overall housing loan market.

This includes factors such as higher proportion of self-employed borrowers and borrowers with lower income levels," it said. The underlying borrower profile, coupled with limited financial flexibility of the borrowers leads to potentially higher volatility in portfolio performance.

This is evident in the two-year lagged gross non- performing assets of 3 per cent as compared to one per cent for the overall housing finance sector. Nevertheless, higher returns compensate for these risks to a large extent.

"While government initiatives and huge market opportunity continue to make the segment attractive, institutionalisation of appropriate origination, credit assessment and underwriting practises and human resources will be the defining elements for long-term sustainability in the affordable housing finance space," the report added.